When I started writing this, I really didn’t mean for it to become a 16-part series. During the last 11 years that I’ve been recounting the story of my life on this blog, it has become my memory bank. And so when cool things happen, I need to write them down so I’ll remember…

I’ve written about that time an angel showed up in our driveway and that other time it stopped raining. By now, you must think we are the most confident people in the world. What could possibly stop us in our effort to make a short film?

But that wasn’t enough. We still needed an amazing sunset to convince us that we were on the right track. That’s the topic of today’s blog post.

I can’t go into a lot of detail in this public format, but while we were on vacation something discouraging happened that had to do with the film fest.

I won’t write about the specifics, but here’s what I can say. Any time you do something creative, there’s a tremendous risk involved. You pour your heart and soul into a project. It’s one thing to write in your journal or sing in the shower or create a work of art that’s just for you. It’s another thing to take that creative work and show it to a group of people in a public setting.

Now combine that with the struggles of being in high school. People in high school have no problem telling their peers exactly what they think. Spreading a positive message isn’t the cool thing to do in high school. Being a guy who’s creative is even harder. It’s popular to play basketball or football. There isn’t really a cool crowd for people who make short films.

Combine all of that with the fact my son and I are both a 3 on the Enneagram. We are achievers. We like to accomplish things. But our greatest fear is being critiqued. We dread situations in which people are going to tell us all of the things that are wrong or bad about what we’ve done.

As we pondered all of these fears and insecurities and recounted past negative experiences, we realized this whole thing was a TERRIBLE idea!

What if no one understands our film? We created an entire film with almost no dialogue. What if it doesn’t make sense? What if people think our story is dumb? What if people make fun of us because of the positive message?

While we were on vacation, we had a big conversation about all of this. We knew that in the past, films with an edgy, dark and disturbing message have won. We also knew that this film fest would only award a “People’s Choice” award. That means the people who attend will select the winner. Everyone votes based on popularity, not merit.

We don’t have any family living in the area, and we don’t have a ton of friends in the town where we live. So, we typically walk into every film fest with just our immediate family and a few close friends. We have no chance of winning a People’s Choice award.

Despite all of these things that were stacked against his film, we told our son he still needed to stay true to his desire to make positive films. He still needed to do the right thing. Even when other people can be mean or discouraging, he can’t let it get him down.

I was saying all of these things out loud, but in my heart, I felt like giving up. 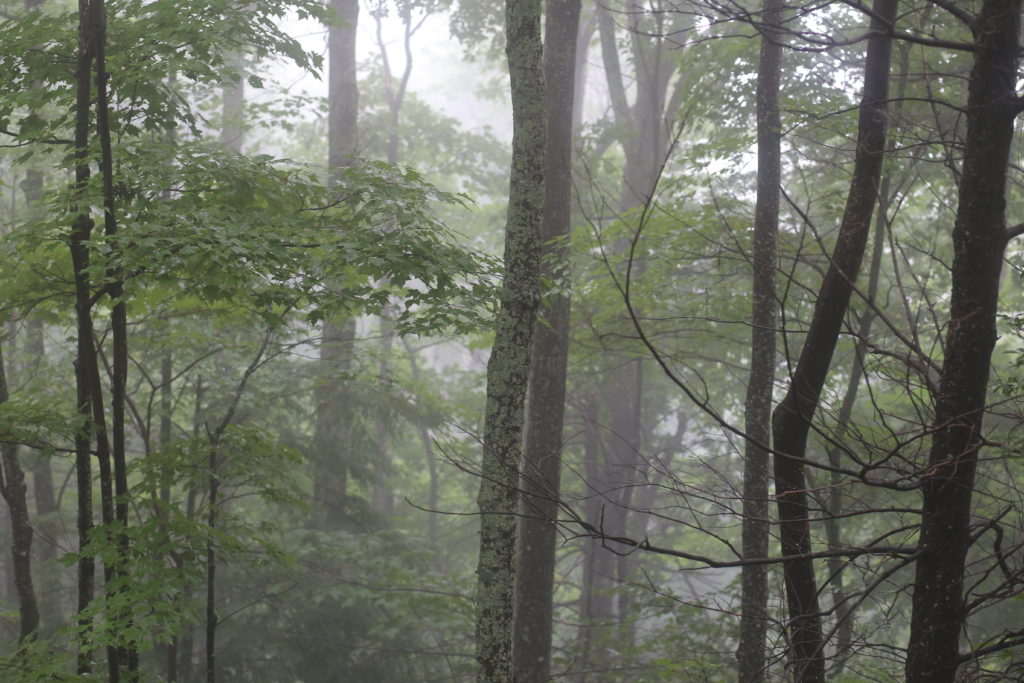 All of this happened on the last night of our vacation to the Smoky Mountains. It had been raining for 48 hours straight. Night and day it rained. I was amazed at how hard and how relentlessly it rained. 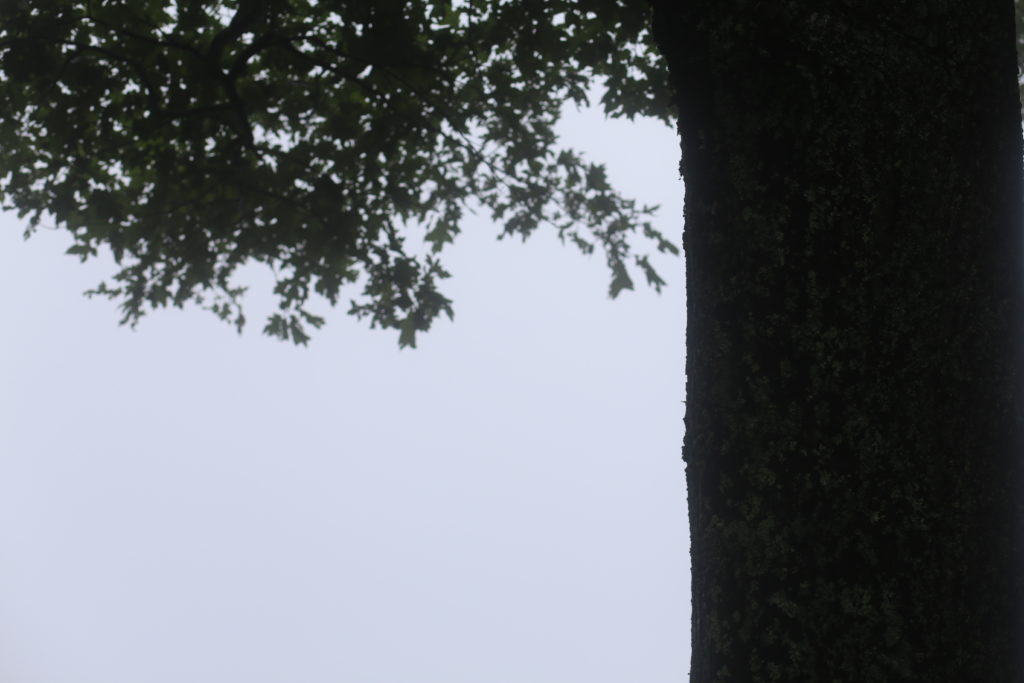 The whole time we were in Tennessee, I was never able to take any photos of the sunrise or sunset. We just weren’t in the right place to see a good sunset the first few days. And the last few days, the sky was completely white from all of the rain and the dense haze from the Smoky Mountains.

We were sitting on the little porch outside of our cabin having this conversation while it rained. The sky was a thick white.

We had worked through some hard conversations, and everyone went inside for the evening. I looked up and couldn’t believe my eyes. 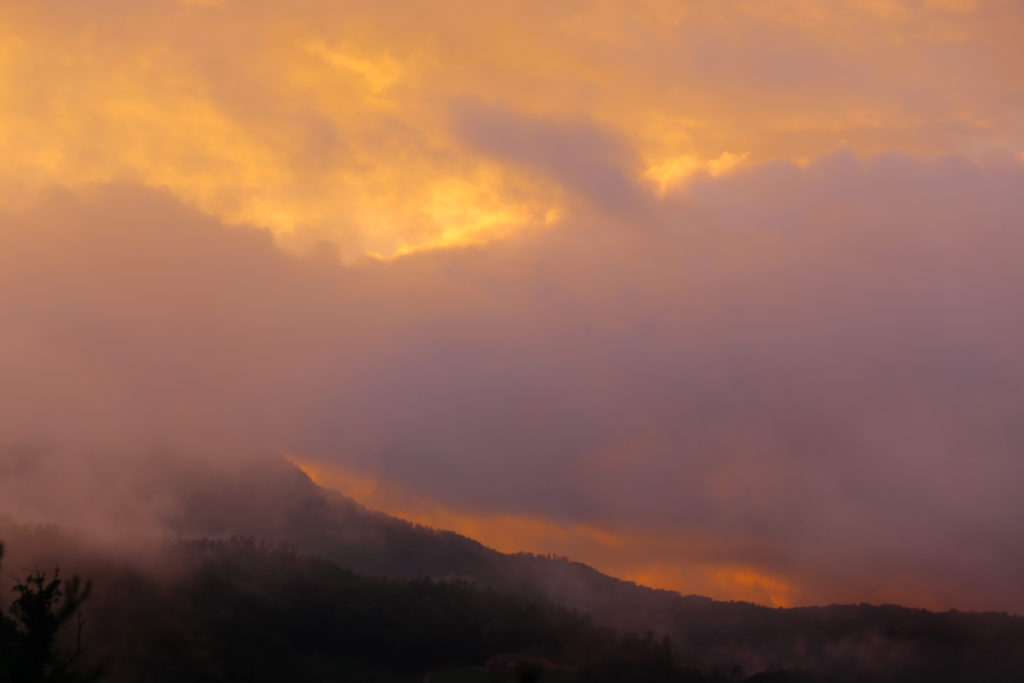 I could see the sun! 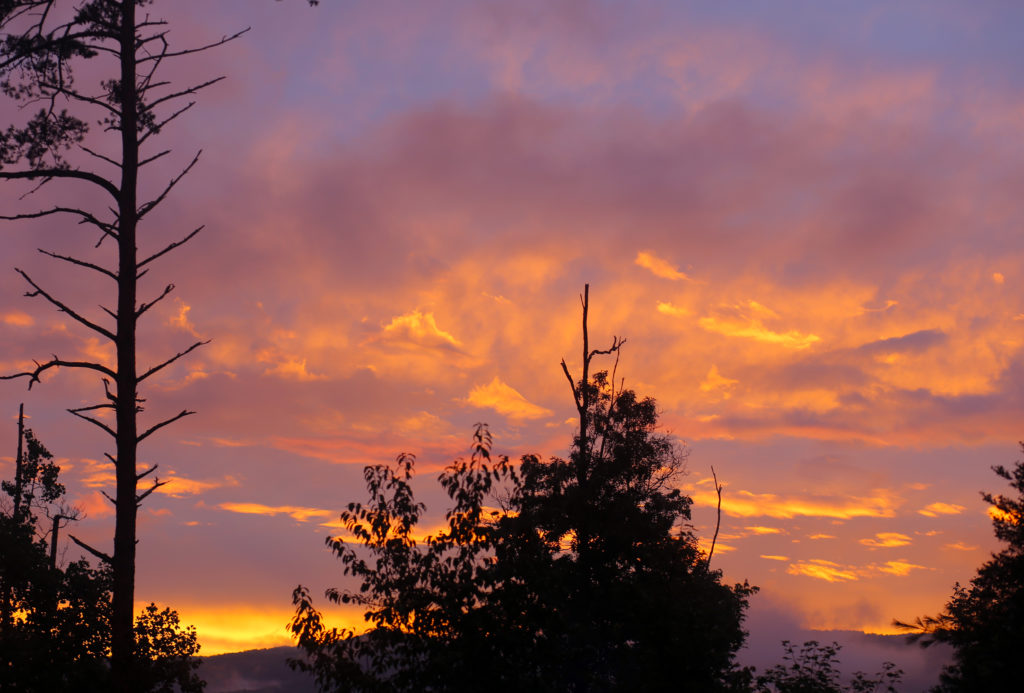 I ran in the house and called out to my family.

“YOU HAVE TO LOOK OUTSIDE! GOD IS SENDING US A MESSAGE!” 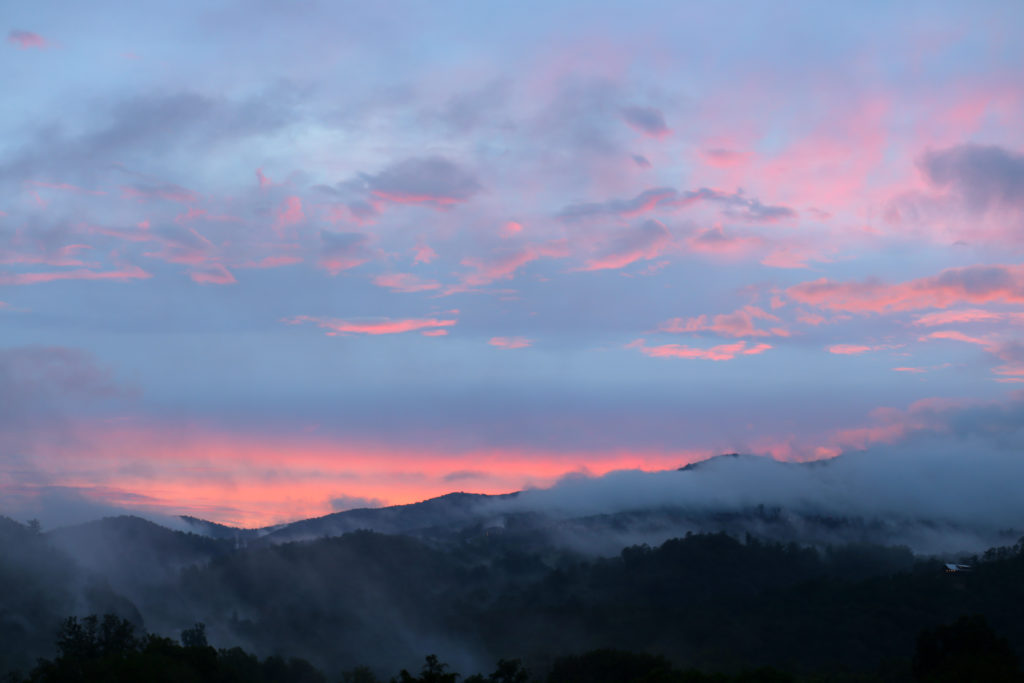 The sun continued to shine through the clouds that evening as if it tell us: “Don’t give up!”

At that moment, I knew we had to be brave.

We couldn’t shrink back.

We needed to share our message of community and love.

Believe it or not… there is one more part to this story. What can I say? I have a lot of words in my head. Come back tomorrow when I write about “That time love won.”