We are only three weeks into summer, but so much has already happened that I feel like I need to make some attempt to write about it all on my blog.

We’ve had many highlights already… The boys have both been working everyday as swim instructors. Matthew has been playing a ton of baseball. Alayna spends two to three days a week at cheer camp. And Jayda has more than doubled her hours at the gym now that she is on the competitive gymnastics team.

This past week, I was preoccupied all week with the fact that Andrew was at a film camp at Taylor University, which is about four hours away in Upland, Indiana. Of the six colleges we’ve visited so far, Taylor is one of our top picks because of its amazing film program. While we’ve only visited schools that offer some variation of a degree in “film,” Taylor is one of only two colleges we have visited that has a major that specializes in creative film making, rather than leaning more toward broadcast journalism.

When we visited there this spring, our tour guides gave us some info about a one-week film camp for high school students. I asked about it, and one of the faculty members told me the camp was already full. She suggested we add Andrew’s name to a waiting list. A few weeks later I got an e-mail saying they had opened a few more spots, and Andrew could attend! I found out later they had only opened TWO additional spaces.

Sending him off to film camp was a growing experience on so many levels. All of our kids have gone away to camps for a few days or a week. But this felt so different because he was actually going to a place where he could potentially be living for the next four years. It gave me a glimpse of what it’s going to be like for him to move away and go to college.

I was a mess the first day. I missed him so much.

He was nervous when my husband dropped him off, and I spent the evening texting him with words like, “Try to enjoy the time.”

By the time the week was over, I almost felt like I was picking up a different kid than the one we sent off. He found me at the campus Chic Fil-A, and came walking up holding the promotional poster for the movie he had directed the previous week. 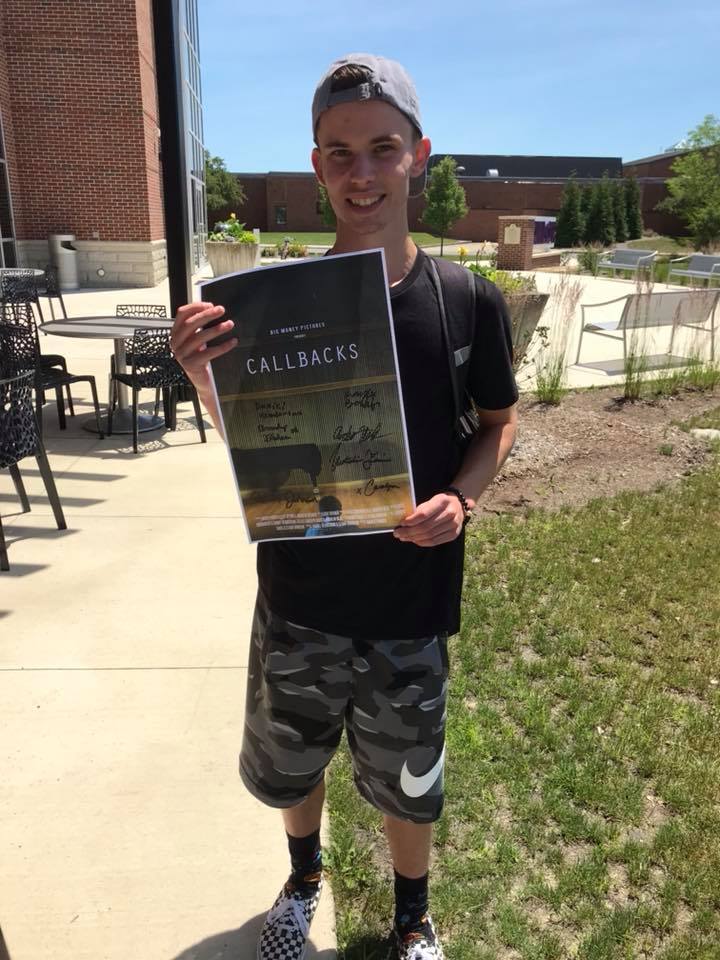 The 18 students at the camp had broken into three groups, and each group created a short film during the camp. Their days also were filled with classes to learn the various elements of movie making, from writing a screen play to directing, cinematography and editing. It made me realize that up until this point, it’s been rare that Andrew has been in an environment in which he has been able to learn from instructors with skills in the specific area of film making that interests him. 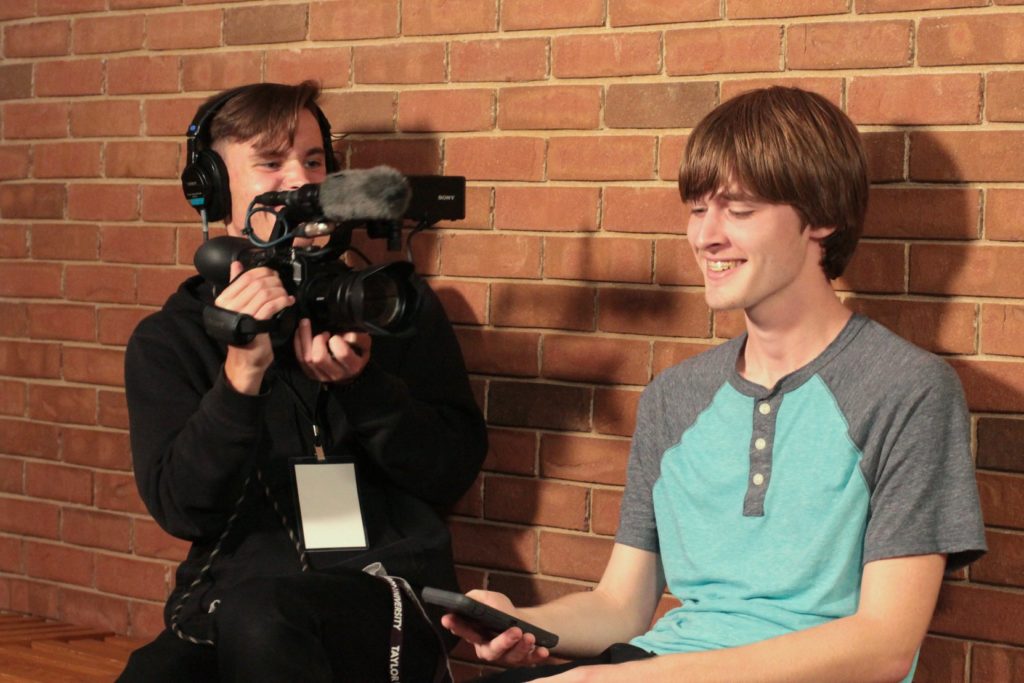 When he was younger, I taught him how to edit in iMovie and then we both mastered Final Cut Pro. Back in elementary school and junior high, HE was the one who would gather groups of friends and put on his own film camp. 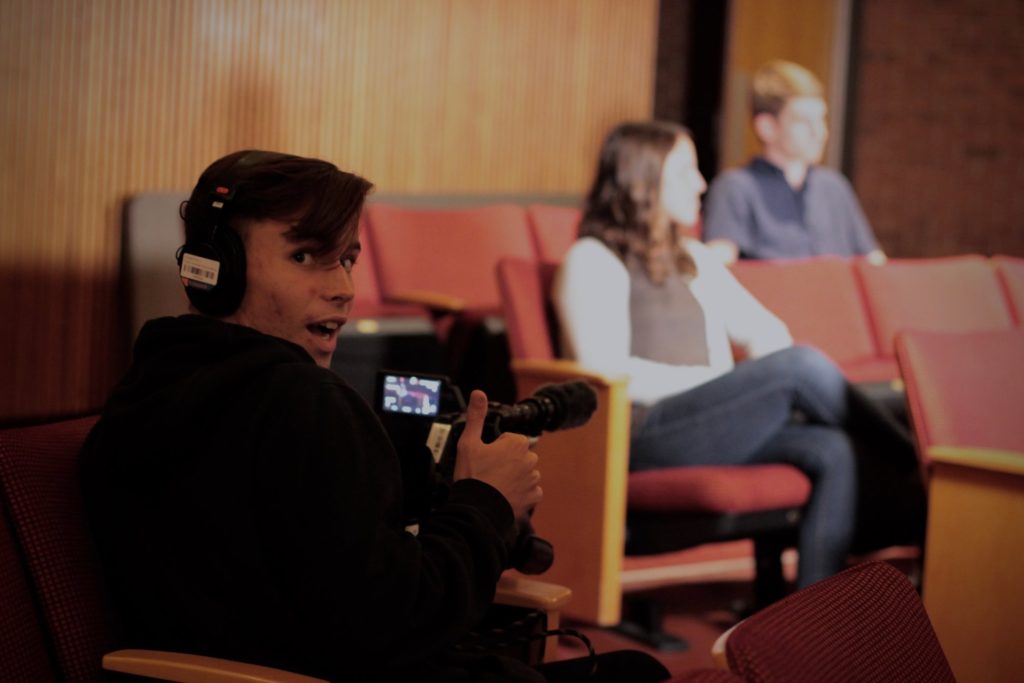 High school has offered him a few broadcast journalism classes and a film class. But those were taught by English teachers. While his teachers have invested a ton into his pursuits, they also have said that he knows more about video editing than they do. 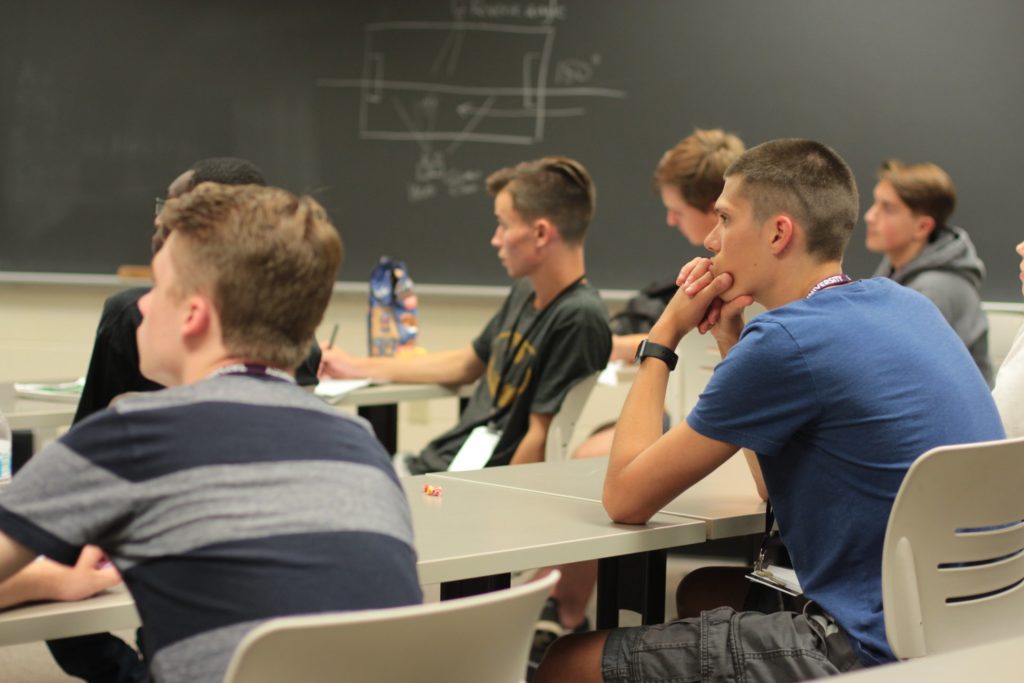 Finally… he got to spend the week under the instruction of professionals in the film industry. He also got to work with current students who were able to speak into his passions and interests. 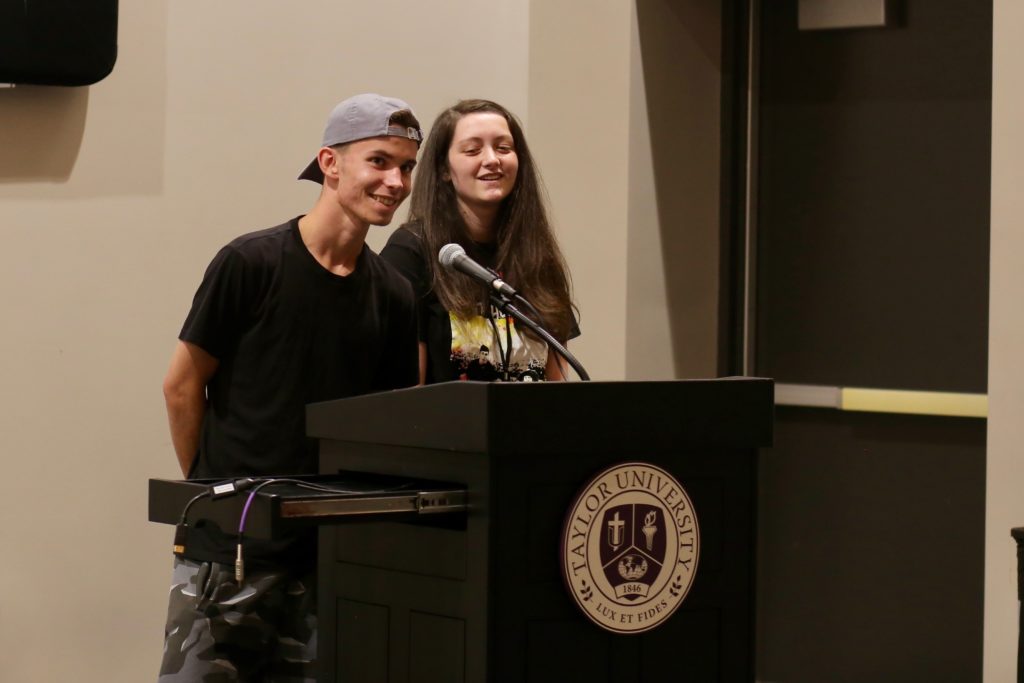 During the closing ceremony of the film camp, one or two students from each group gave a short speech about the film they had made and the process. It was so fun to see Andrew represent his group, along with another student. 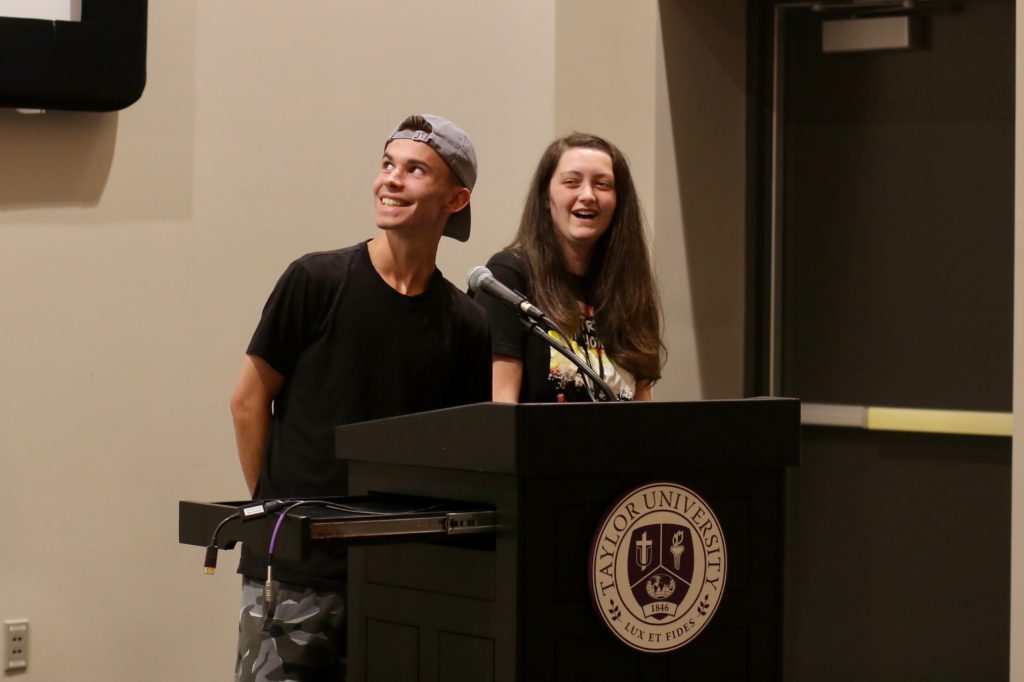 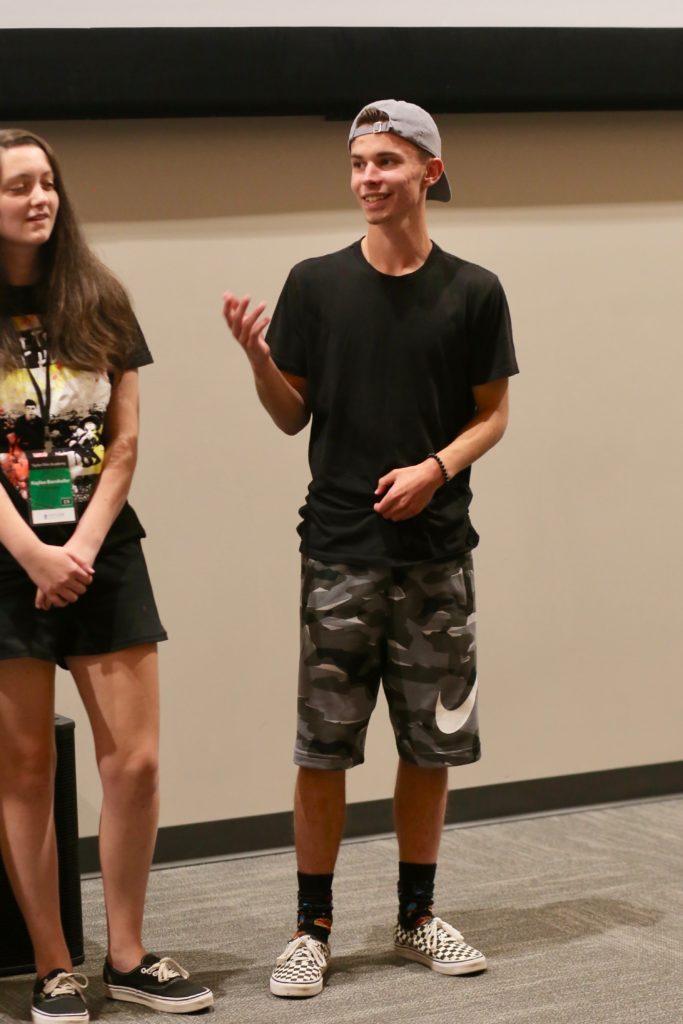 When he’s at home, Andrew’s creative mind seems to always be working on his next project. He’s always telling me about ideas for a screen play. Every week, he takes off in his car to scout out a potential filming location. And he is often trying to recruit his friends to accept roles in his projects, which he creates all on his own. 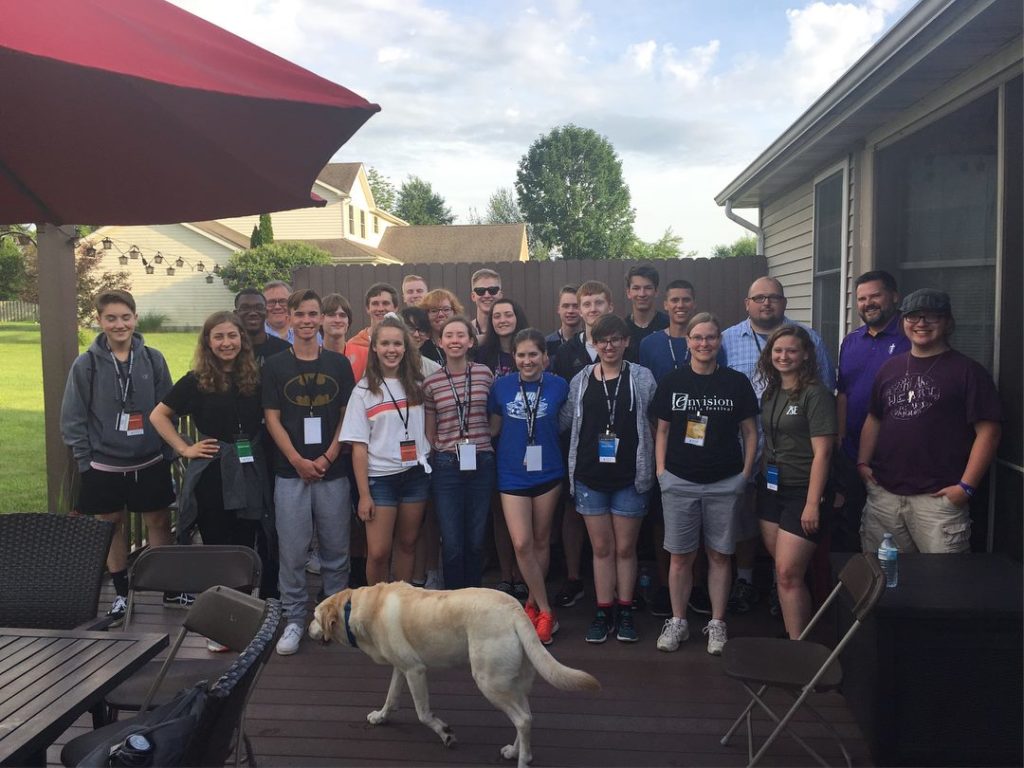 It was so refreshing for him to spend a week with other students who shared his passion and interest in film making. I loved that he really got to learn more about the process from people who were farther along in their pursuits. And he got to specialize in just two areas — cinematography and directing — rather than trying to pull off every aspect of creating a film. 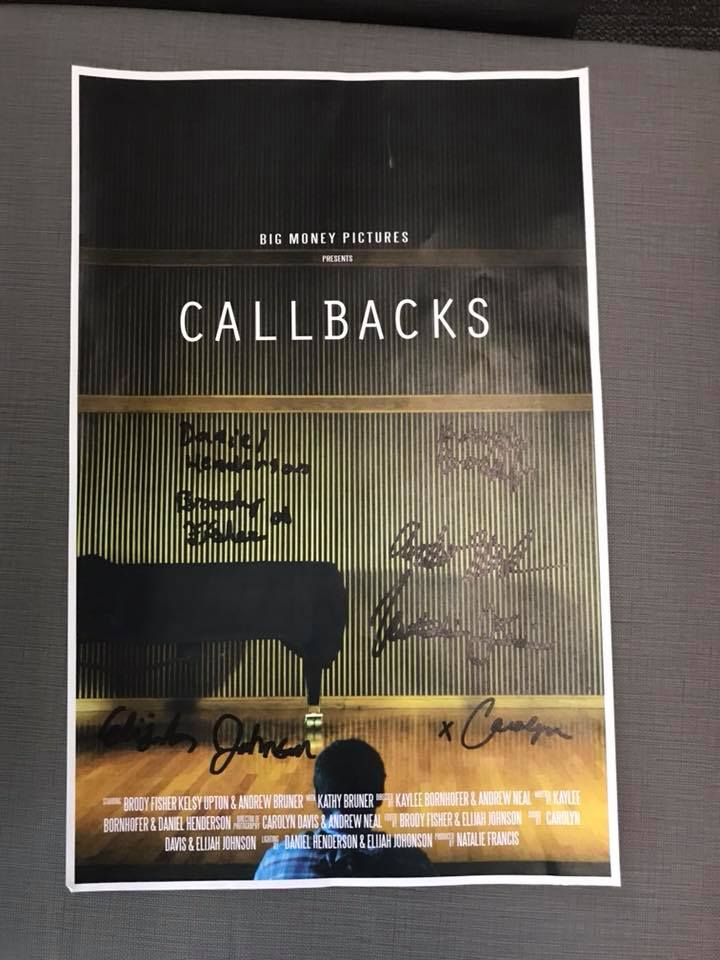 The camp also was so helpful to get to experience first hand what it would be like to live on a college campus. He was able to sleep in a dorm room, eat the cafeteria food and experience campus life. By the end of the week, I think we all felt better about the next stage of life for our first born. Thinking of sending him to college has been such a scary idea, but seeing him grow and flourish after just one week away made me super excited for his future!

How’s your summer going so far?