I know it’s been a few days since you’ve heard from your amazing self-recognized official gorilla birthing photographer, so I thought I better check in and let you know what has been happening around here. I’ve been laying low due to all of my fame and notoriety lately, as well as the constant ambush of questions that come with being such a notable photographer.

Oh, who am I kidding? I’ve been running around wearing my five blue ribbons around my neck, just hoping someone will ask me if I’ve seen any wild animals give birth lately!

Seriously though, everywhere I go (and by everywhere, I mean the two places I’ve gone), lots of people (and by “lots,” I mean seven) ask me the same question: “Have you submitted those gorilla photos to the zoo yet?!”

I’ve pretty much been waving a flashing neon sign in the world of social media, trying to get the zoo to notice my photos by tagging them, using their hashtag, leaving comments on their posts and even sending them an e-mail. I’m starting to think they actually like their own beautiful non-bloody baby photos better than my raw, straight from the womb, umbilical-cord-still-in-view version.

I did find it exciting that more than 800 people have visited my blog post about the gorilla birth. And I might have spent 30 minutes today trying to figure out how I could find out when other wild animals are in the final stages of pregnancy and then stalk them just to increase my blog readership. It would be kind of like when I used to write those LOST recap posts.

Since I haven’t figured that one out yet, I’m just going to randomly throw in some photos of other animals that I used to think were cool back before my standard for a good zoo photo was elevated to include wrinkly-skinned babies that are less than a minute old. Ah, the good ol’ days… when giraffes were special. 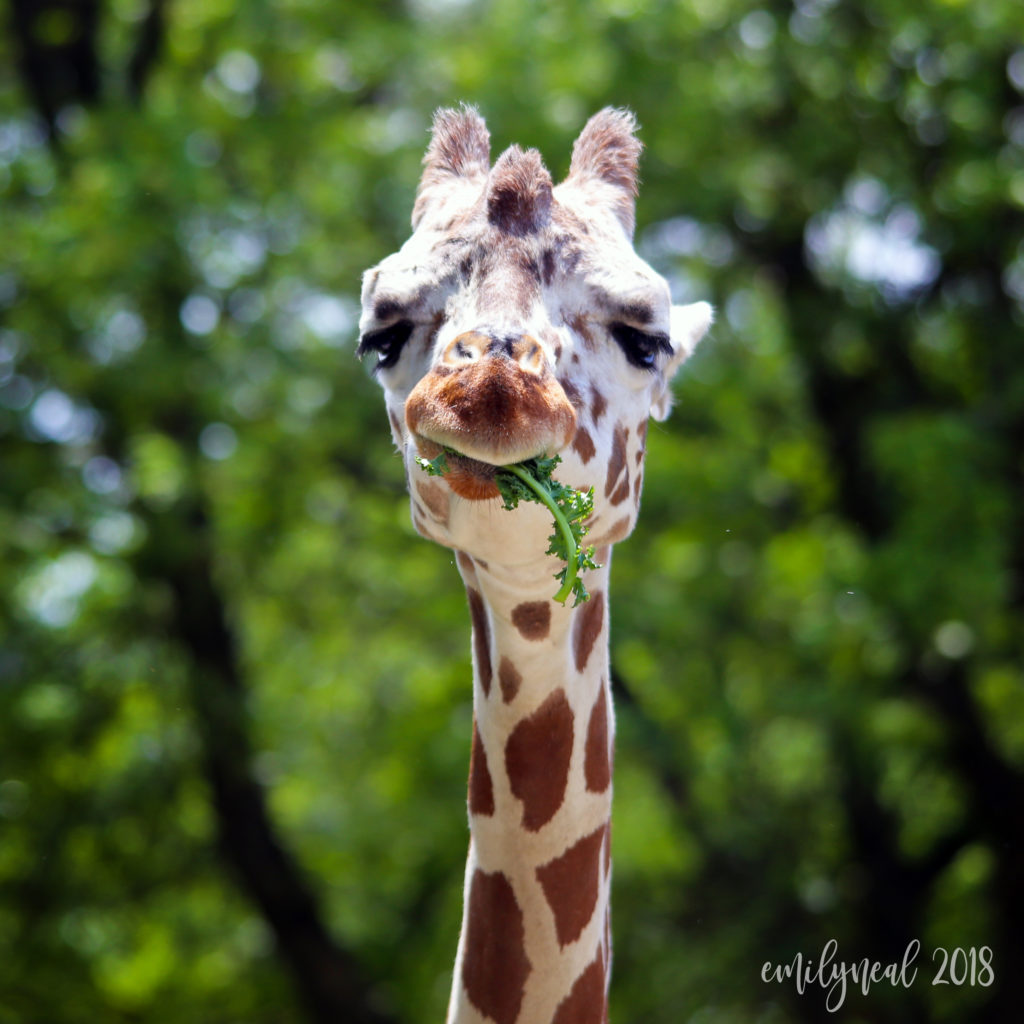 Dang, I mean, it wasn’t that long ago that I was impressed by a seal doing a backbend… 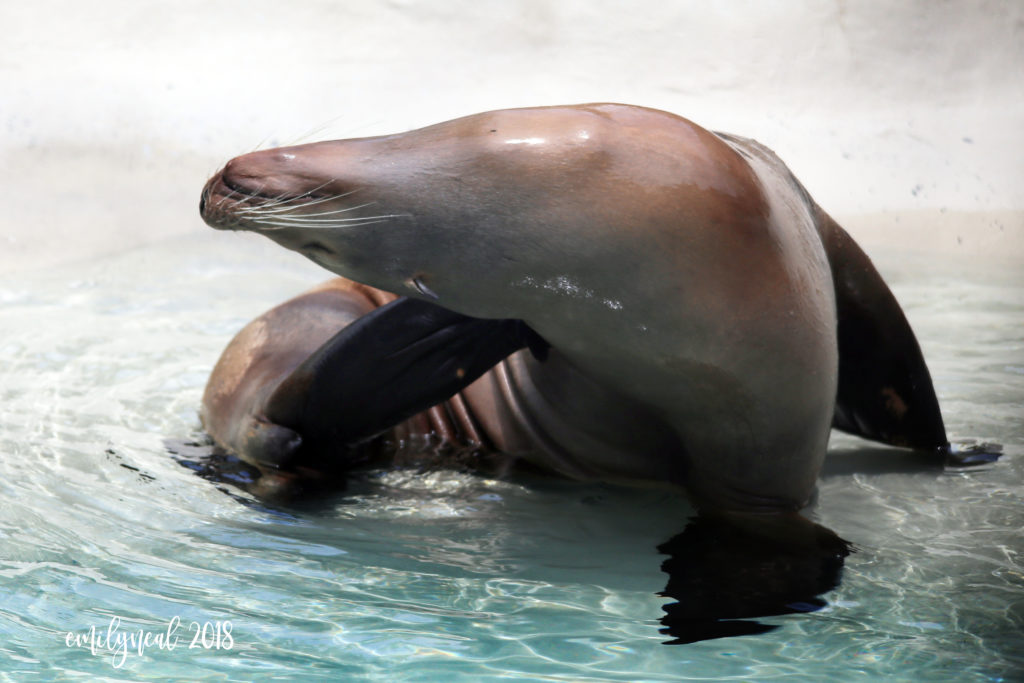 Or even an orangutan eating kale…

I have had several people ask me what time the gorilla actually gave birth because they also were visiting the zoo the same day I took those photos. I went back and looked at the time stamp that my camera puts on the photos, and I was amazed to see that I took the first photo in the set at 2:14 p.m. and the last photo at 2:18 p.m. That’s four minutes. I was literally in that room for the exact four-minute time span required to see the gorilla baby moments after his/her birth and before they shut down the exhibit. I found that to be amazing.

Let’s celebrate by remembering how cute it is when someone feeds lettuce to a giraffe: 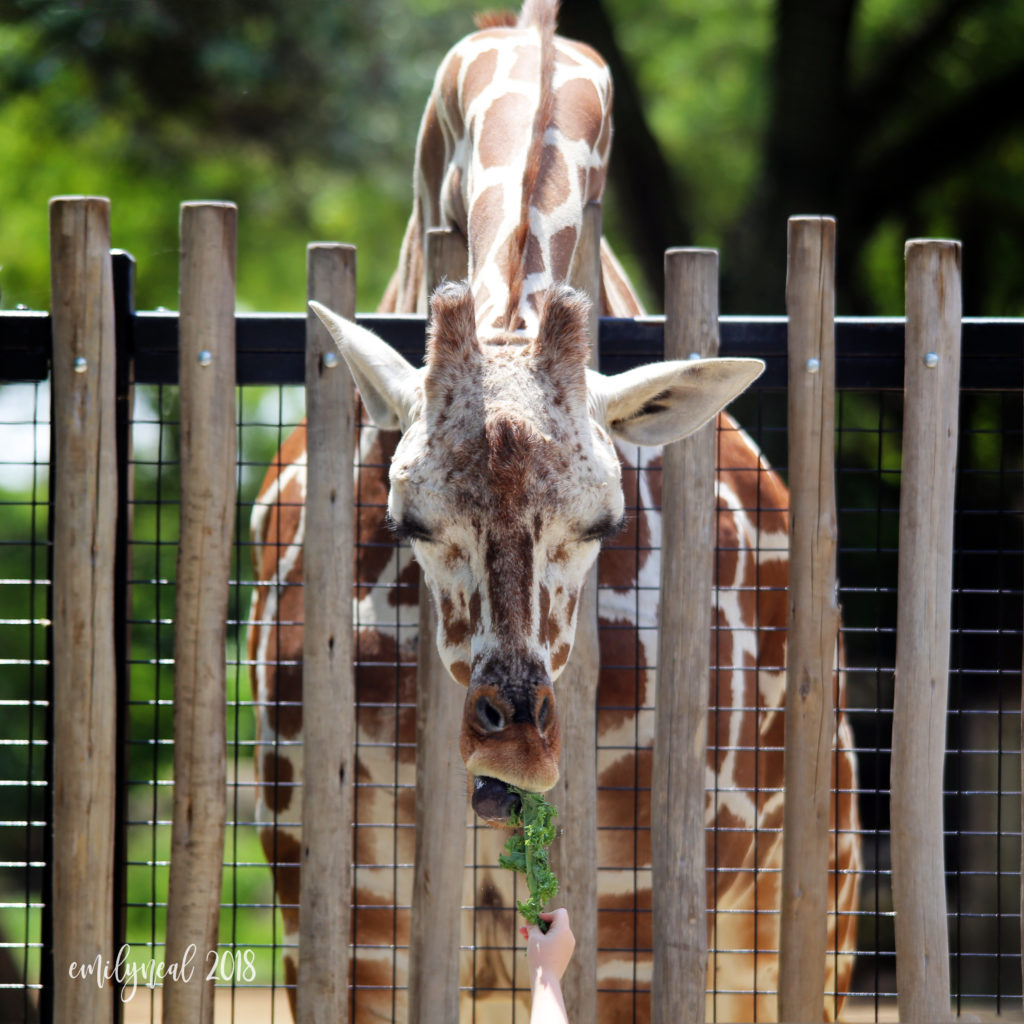 I’ve also been asked several other important questions that I think I should answer here:

Q: Was it the gorilla’s due date?

Q: Was the gorilla angry that so many people were watching her give birth?

A: I don’t know how the gorilla felt.

Q: Why didn’t the zoo workers run into the gorilla habitat when the baby was born?

A: I’m guessing they didn’t want to get torn to shreds by a massive gorilla who might be a little overprotective of her newborn.

Q: Have you submitted those photos to the zoo yet?

Ahhh…. but remember when I thought an orangutan was cool? 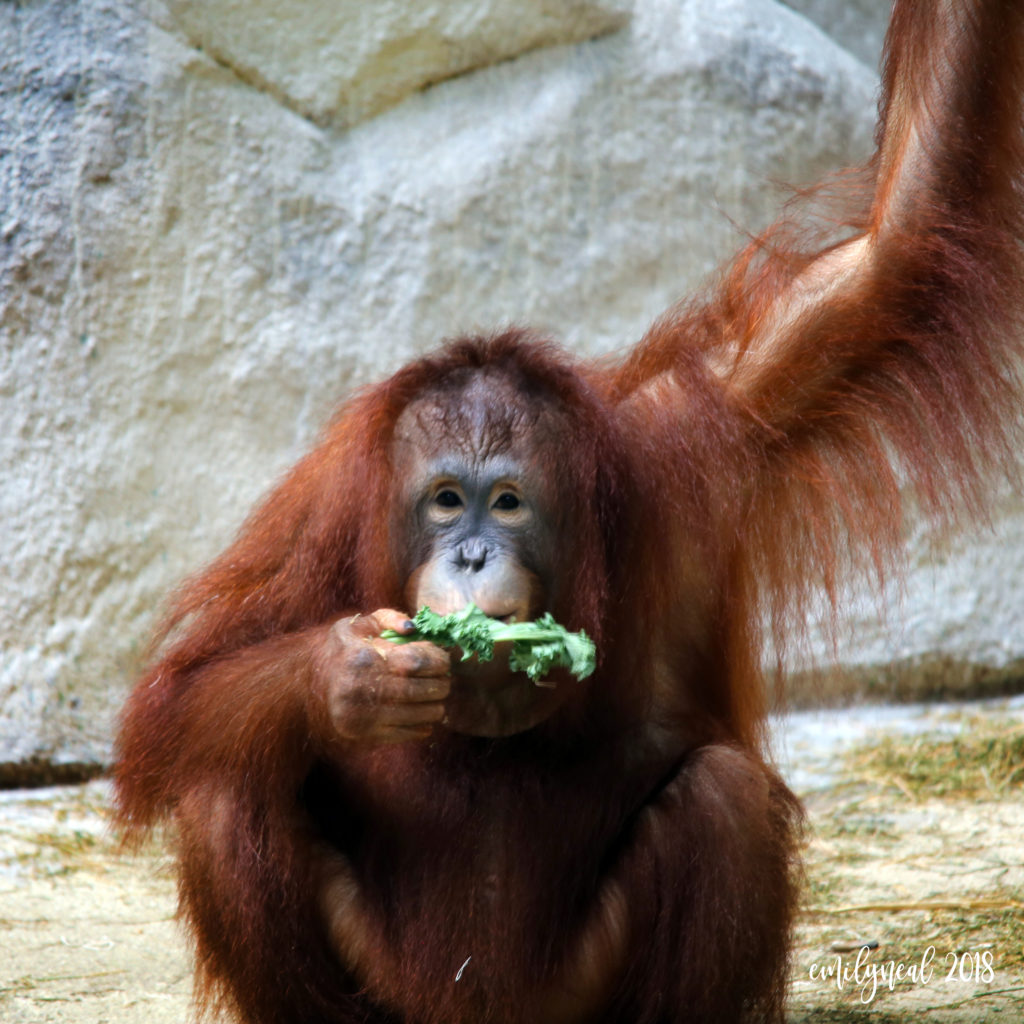 Well, you’ll have to excuse me… I have to go take some photos of some baby birds in a nest. Because… you know? Remember when that was a big deal?