I’m writing this blog post mainly for my records to help me solve this mystery as I put pieces together in the future.

Last night, I had an extreme food reaction. It’s the third time in 2018 this has happened.

It came on suddenly about 20 minutes after I ate dinner. The best way to describe how I react is to imagine having food poisoning. It’s extremely painful, unrelenting and intense. In addition to the vomiting and diarrhea, I feel like I have hot coals in my digestive system.

Now, here’s the mystery. Last night and the time before that, it occurred after eating gluten free food I had prepared for myself in my own home. We barely have any gluten in our home, and my family knows what precautions they need to take when eating gluten to keep me safe. Everyone in the family ate the same meal, and no one else got sick.

This is the type of food reaction that I only have had in the past from accidentally ingesting gluten. There was nothing in common about the two meals that made me sick. Last night, I ate some foods that I don’t regularly eat, but have eaten before: Gluten free pasta and gluten free spaghetti sauce. I know that it’s a risk for me to eat those foods because they make me feel “not great,” but I was starving and sometimes eating something is better than eating nothing.

I know what type of reaction I can have to pasta made with gluten free grains or the tomatoes in spaghetti sauce. But this was a “Let’s try to pull Emily’s small intestine out of her body through her esophagus” type of feeling, not a “my tummy hurts” kind of sick.

I’ve been mentally reviewing everything I ate yesterday, pulling containers out of the garbage can just to be sure I didn’t miss anything on the labels. I’ve actually been hoping that I could find a gluten reference that I missed. Without that, I’m just praying that at some point, someone in the family accidentally touched some gluten that got on my food.

I’ve been working really hard this year to add foods back into my life after being on a very restrictive diet for an entire year. I’ve been surprised at how much I have struggled with the fear of food. You might think that I’m dying to eat many of the foods that I have eliminated for so long… things like eggs, nuts, tomatoes, chocolate and coffee. But it’s actually been a challenge to convince myself to take the risk of eating things that might disrupt my system and knock me down again.

When I have instances like last night, it definitely doesn’t help me overcome my fear of food. 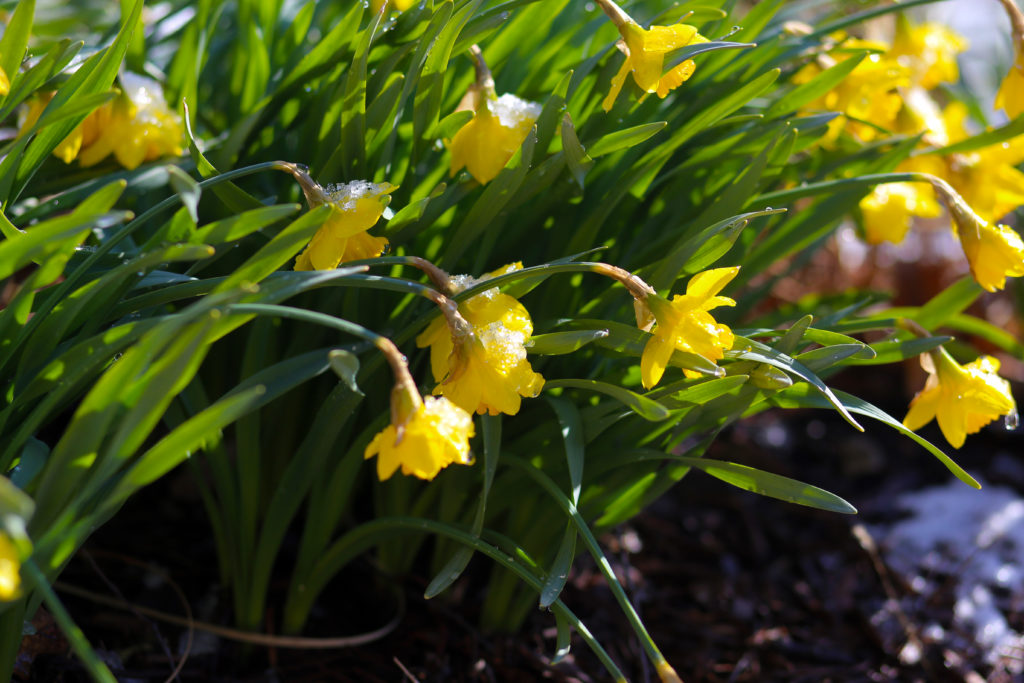 So, I’ll be taking it easy today. I’m wiped out in the way you feel the day after you have the flu.

It snowed again last night. My poor daffodils are wilting under their blanket of ice. This isn’t supposed to happen in the second half of April. But the cold weather will end today, and hopefully, my daffodils and I will both spring back to life.

By this afternoon, I’m hoping to have some energy back after a difficult night. I’m going to rehydrate myself, get some good nutrition and move forward.