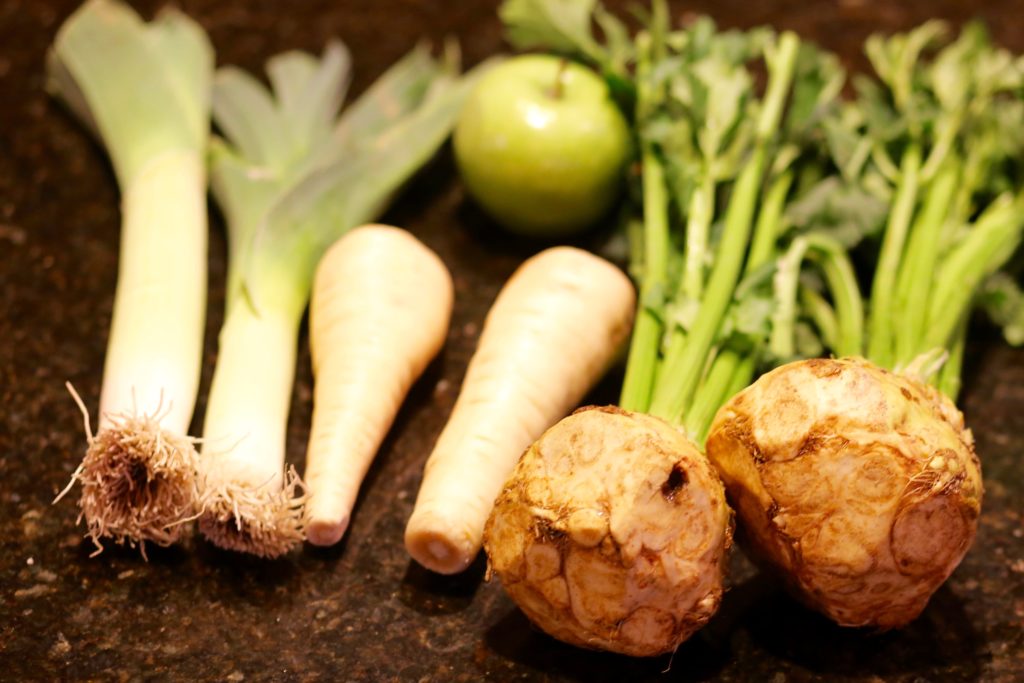 In the past, when I thought of people who ate a “healthy” plant-based diet, I assumed that their life consisted of lots and lots of salad.

But one thing I discovered very quickly when I completely changed the way I eat one year ago is that I do not like eating salad. I don’t really enjoy eating cold food, in general. I especially don’t like eating a bowl full of cold, crunchy lettuce.

Salad has even made me cry a few times.

In fact, the only time I DO like eating salad is when it’s topped with something warm, like taco meat. I don’t eat most salad dressings or croutons or cheese, which are all of the things that WOULD make a salad bearable.

Well, it’s taken me most of the year to answer these questions, but I’ve finally discovered the golden ticket. SOUP!

Soup makes an amazing breakfast, lunch or dinner. It can be warm and creamy to fill that need for comfort food. And when you make it with lots of veggies, it’s packed with flavor and nutrition.

Think about it this way. It’s perfectly normal to throw a bunch of fruits and vegetables in a blender with liquid and eat a smoothie for breakfast. Soup is basically the same concept, but it’s hot. We can just call it a hot smoothie if that makes it more appealing.

The last few months, I got my soup making down to a science, so I thought I would share my formula. I usually make several soups a week and store them in the freezer in mason jars. This makes it super easy to grab one when I’m headed to work or any place food will be served (since I usually have to bring my own food).

Another crazy thing that has happened to me in the past year is that I get “cravings” for foods I’ve never eaten before. Recently, I knew without a doubt that I MUST have some beet soup ASAP even though I wasn’t even sure if beet soup was a real thing. I’ve loaded my cart at various times with lots of little-known fruits and veggies: jack fruit, jicama, delicata squash, plantains, parsnips and white yams, to name a few.

This week, the same thing happened, but this time with Celeriac (also known as celery root). 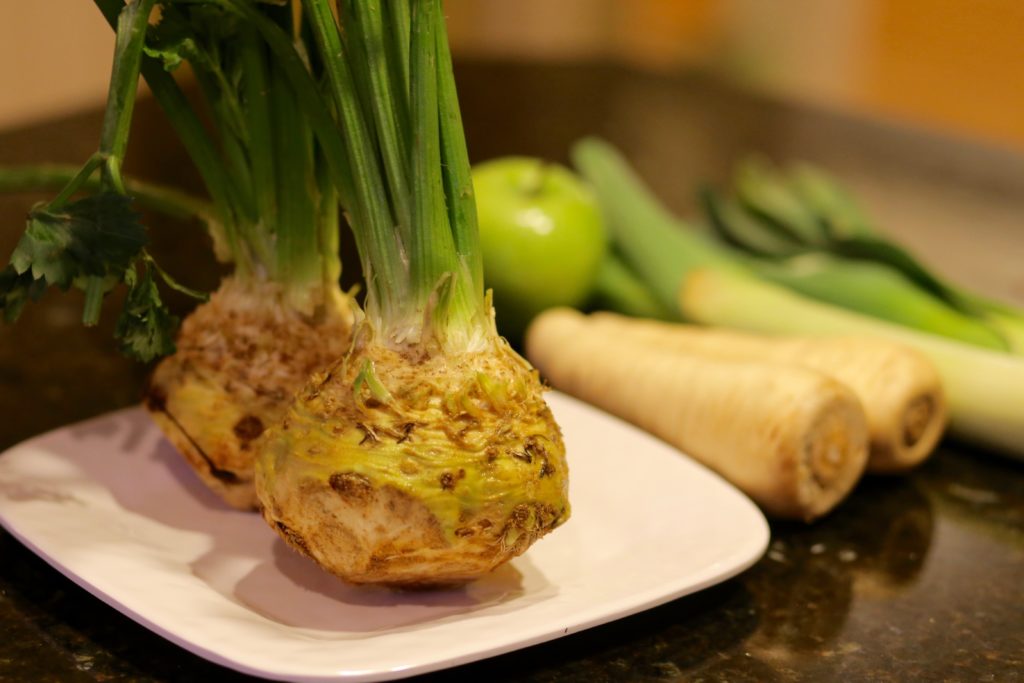 I have not ever in my life eaten celery root, and yet it seemed to be calling to me from the produce section. Celery root is delicious, by the way. It has the tang of celery, but the crisp, starchy consistency of a potato. 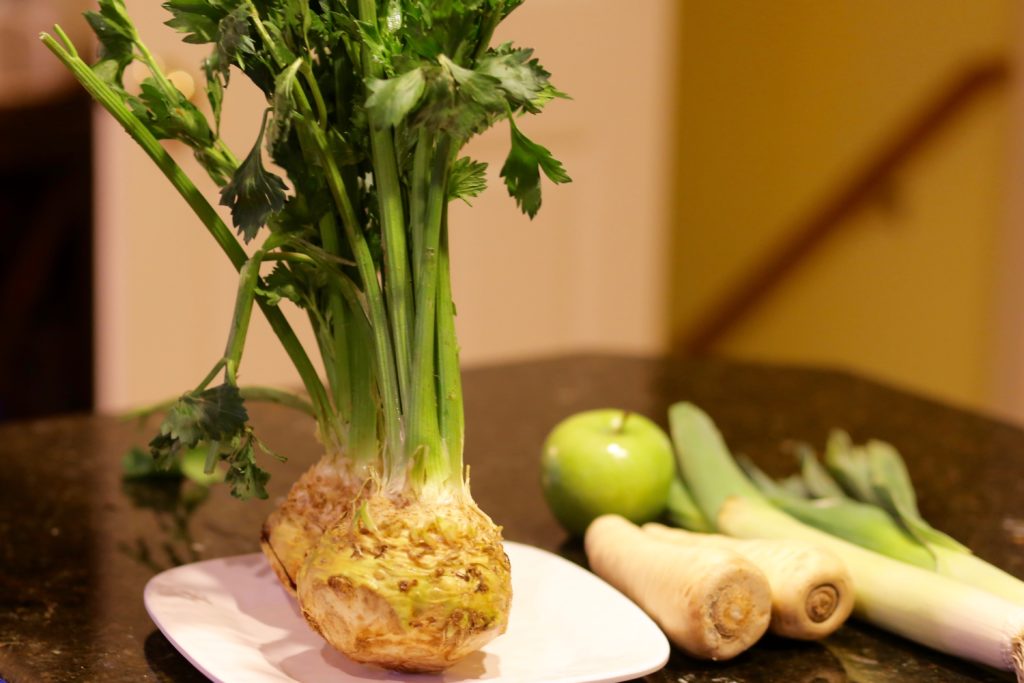 So, I will share my soup making formula, using celery root soup as an example. This method applies to any “cream” soup since those are my favorite and feel most like breakfast to me.

Step 1: I always start with one 32 ounce container of chicken stock. I buy mine at Costco because it’s gluten free and has the best ingredients of any I’ve found. Pour this in your electric pressure cooker.

Step 2: Add veggies. In this case, I sautéed in olive oil: 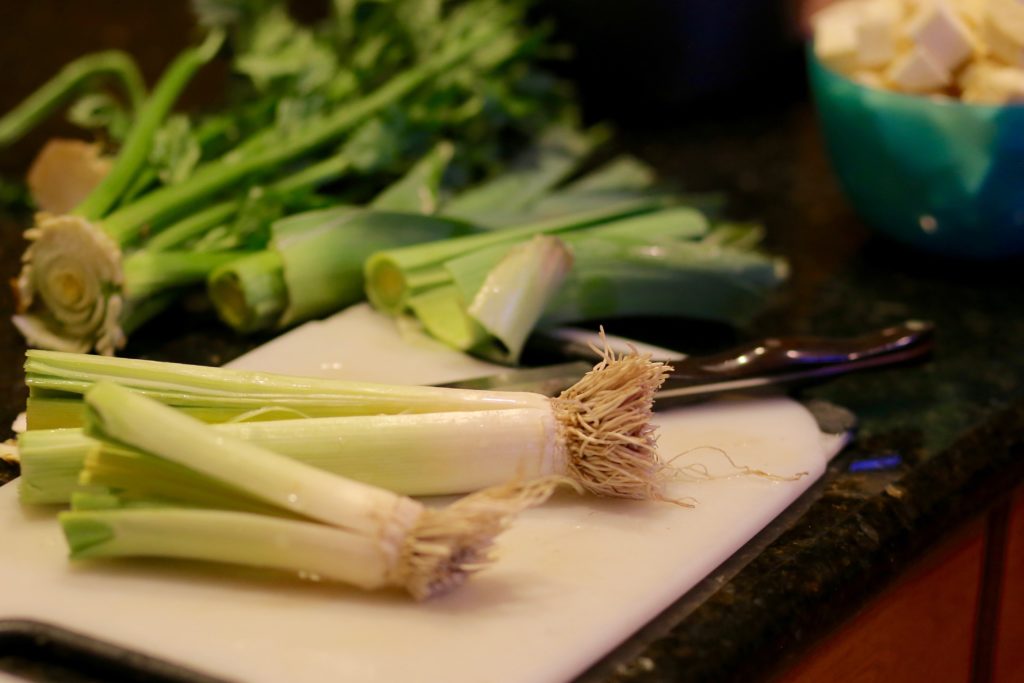 I added those to the pressure cooker, along with: 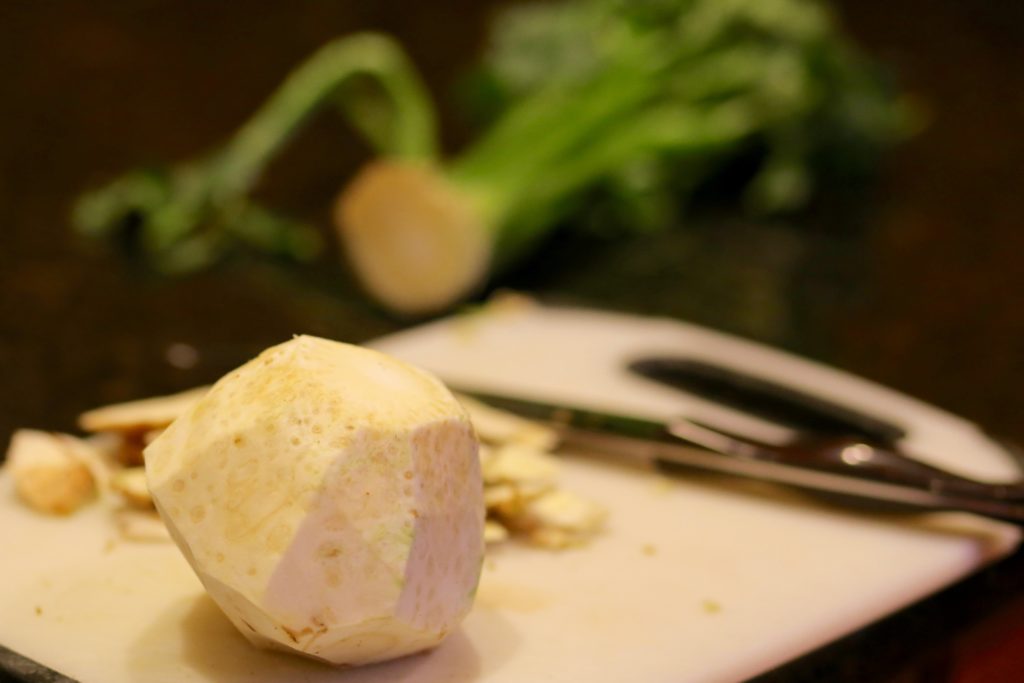 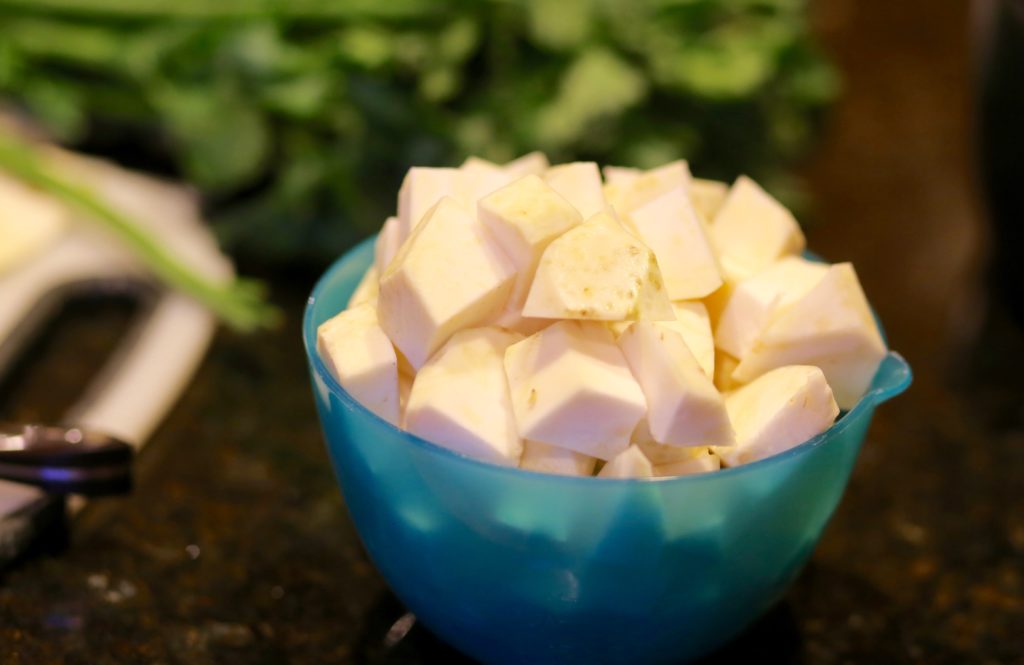 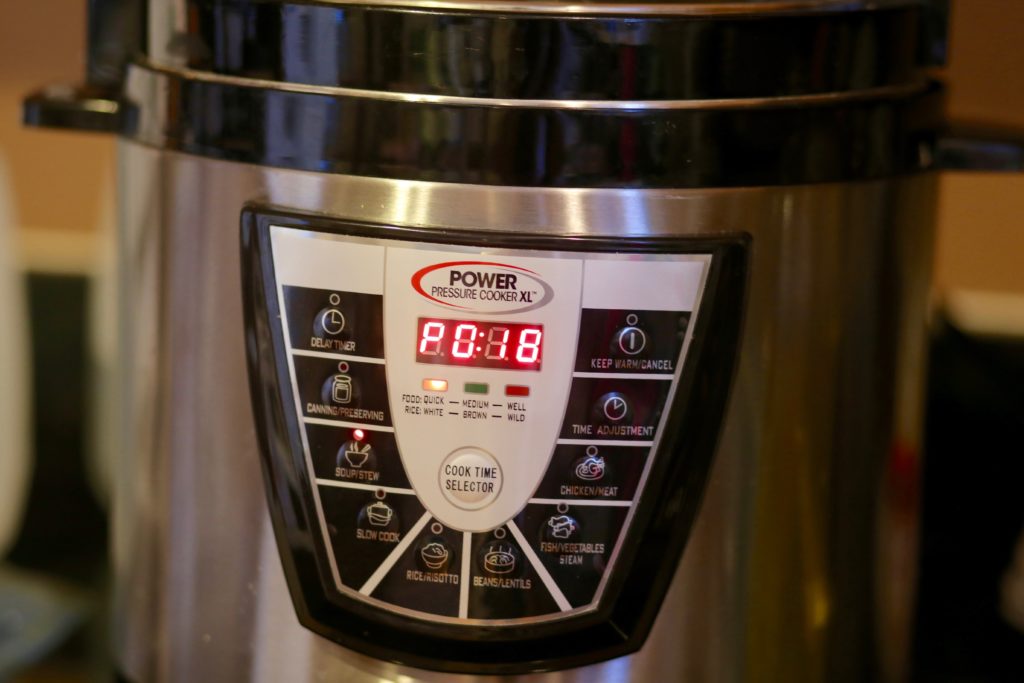 Allow the steam to naturally release. 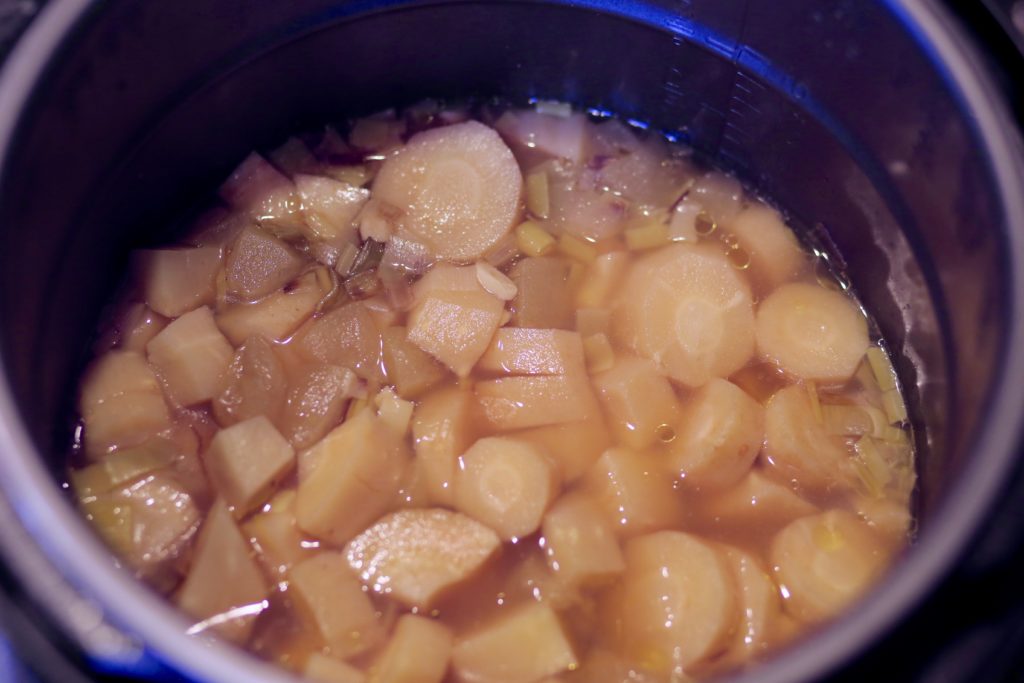 Step 4: Put the cooked veggie mixture in the blender. Puree until smooth. 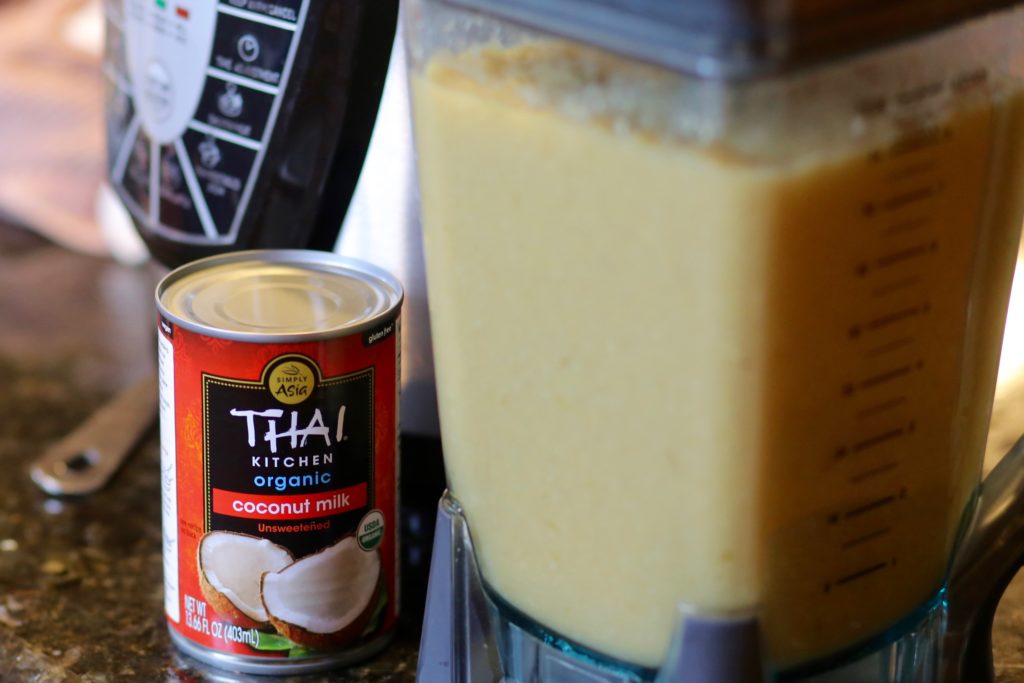 Step 5: Return everything to the pressure cooker. Stir in one cup of full fat coconut milk.

I’ve done this in tons of different variations. 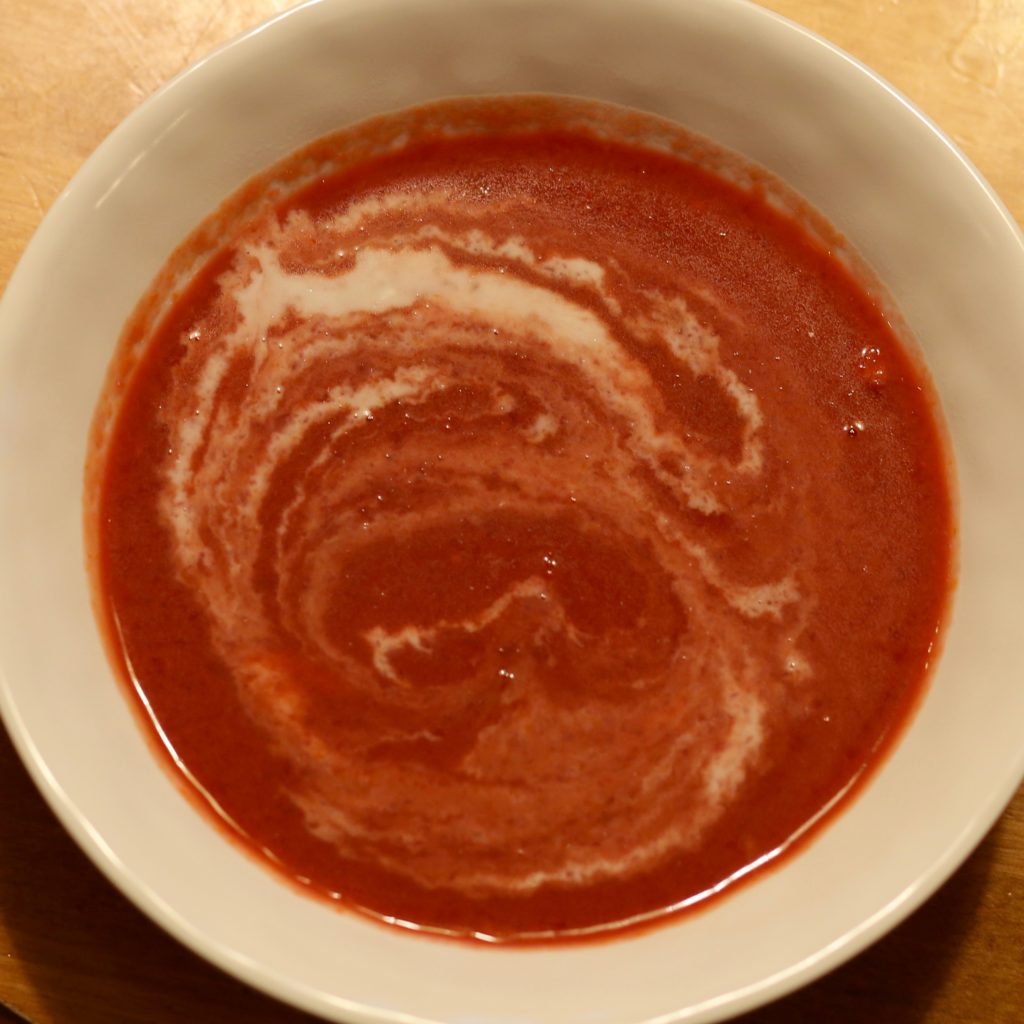 As I mentioned earlier, I recently made a beet soup using the formula above, meaning 32 ounces of chicken stock at the beginning and one cup of coconut milk at the end. The creamy red soup was amazing. The veggies I used were: 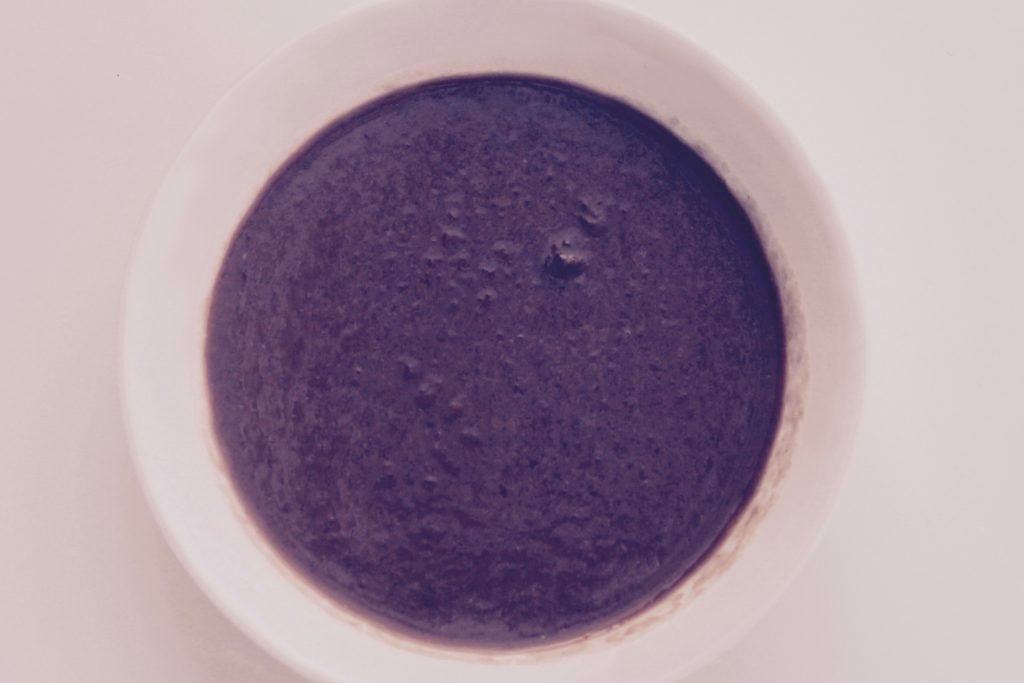 The vibrant color of the beet soup inspired me to make a purple soup. This one used the same formula, but the veggies were:

Another one of my favorites is carrot pumpkin soup. Again, it’s the same formula, but the veggies are:

I’ve also done this with two heads of broccoli, which is amazing.

And I’ve just randomly thrown in a selection of whatever veggies I have on hand. You really can’t go wrong! Add a sweet potato if you want the soup to be sweet. Add cauliflower to make it more creamy. 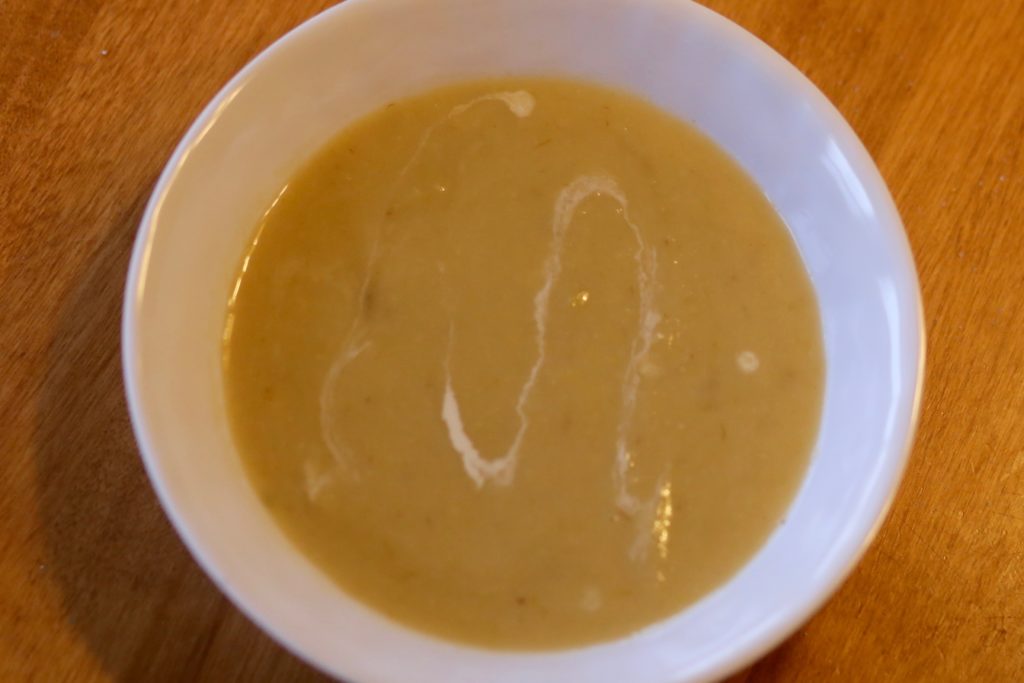 Oh… so I should give you the verdict on the celery root soup. I feel like the parsnips overwhelmed the celery root in this batch. I think I’ll try again next time with carrots instead of parsnips or maybe a sweet potato. I really love any type of cream soup, so I enjoyed it. But just a warning that the parsnips have a very strong flavor!

I would love to hear from you. Do you love soup? Do you like salad? Could you eat soup for breakfast?