A few days before Christmas, I was surprised to hear our 13-year-old daughter say what she was looking forward to the most.

“I can’t wait to crack mom’s code on the gifts,” she said. 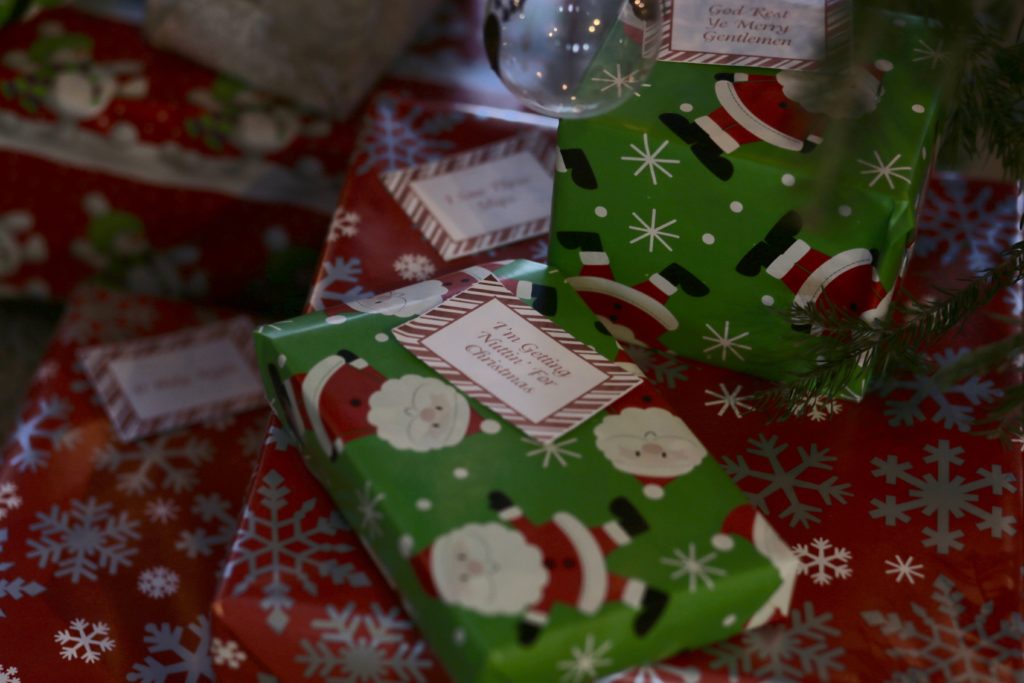 About five years ago, I began replacing my traditional gift tags with a secret code. When the kids were little, I would write their names on their gifts like a normal person. But as they got older, they began going through the gifts, sorting them into piles by name.

Once they knew which gifts belonged to each child, the shaking, squishing and guessing began. They were usually able to identify with about 70 percent accuracy the contents of each package. 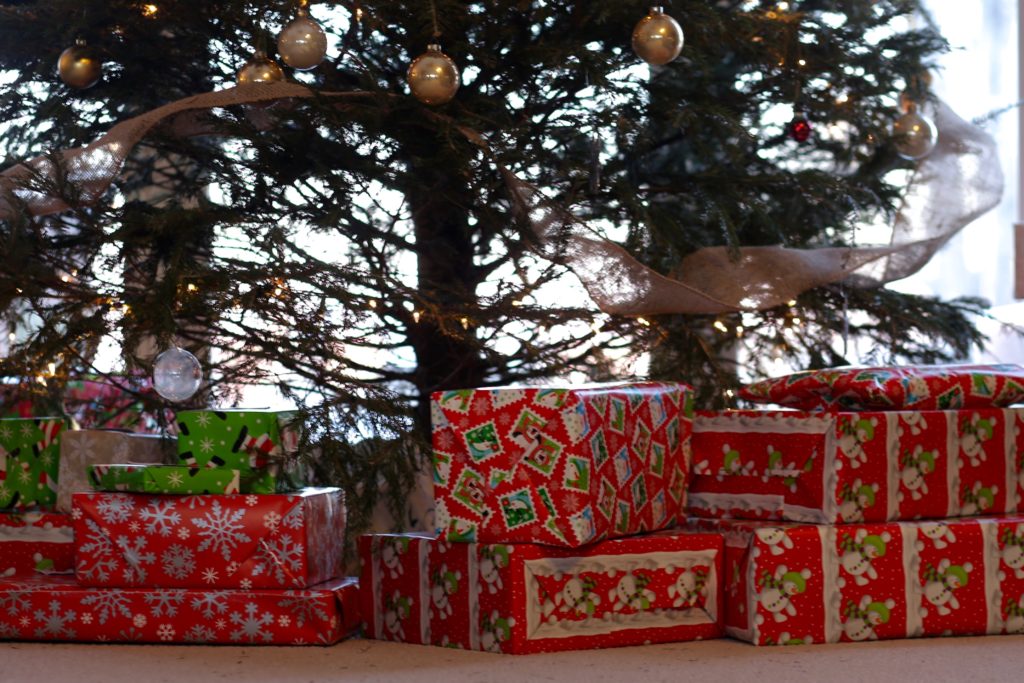 The first year I set out gifts without names, they were perplexed for a little while, at least. I wrapped each persons gift in a different type of paper. It didn’t take their curious minds long to decode that one. Just find the gift that shakes like Lego and start narrowing it down.

The next year, I mixed up the wrapping paper, but added tags in different shapes. The shapes didn’t correspond to a person, but the order in which they should be unwrapped. I added a number to indicate the name of the receiver.

My secret codes have grown more and more complex over the years. But this year’s topped them all. 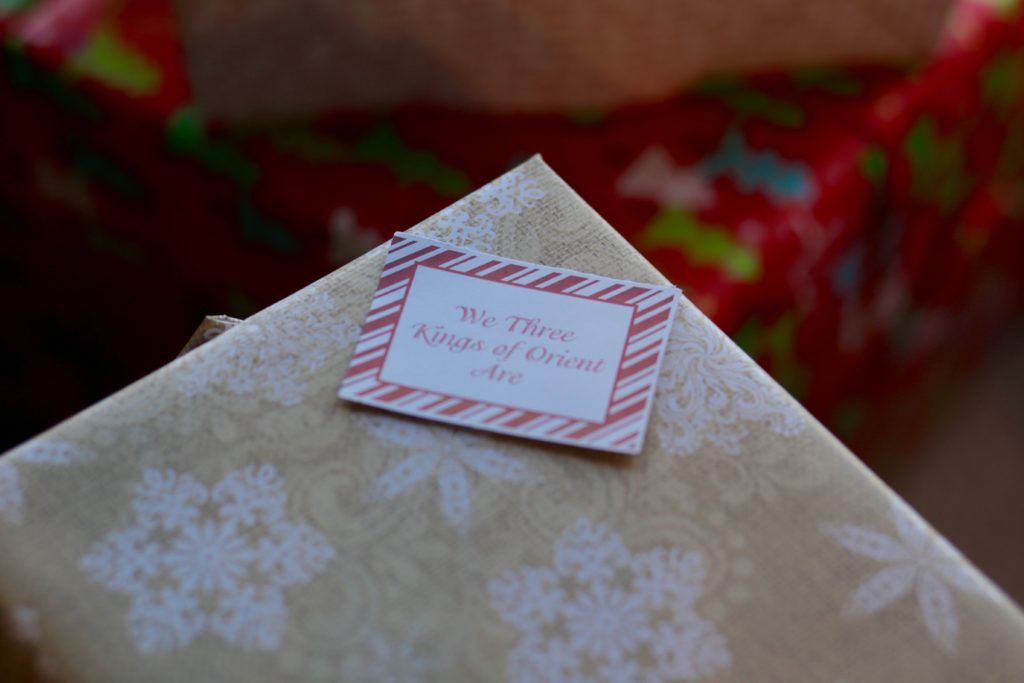 As I was wrapping the gifts, I saw a little pile of cards sitting on the table next to me. On each card was written the name of a Christmas song. We had used these cards a week earlier to play a game of “Christmas Carol Pictionary” at a party we had at our house. 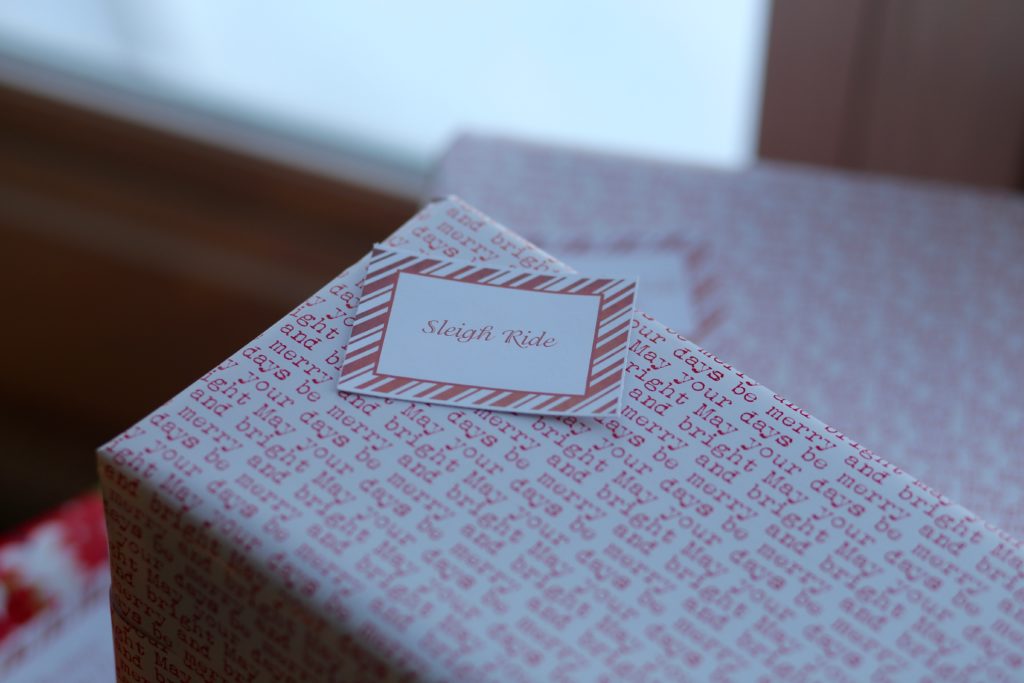 I attached a card to the front of each gift. In my notebook, I created a little spreadsheet of which Christmas song labelled each gift. 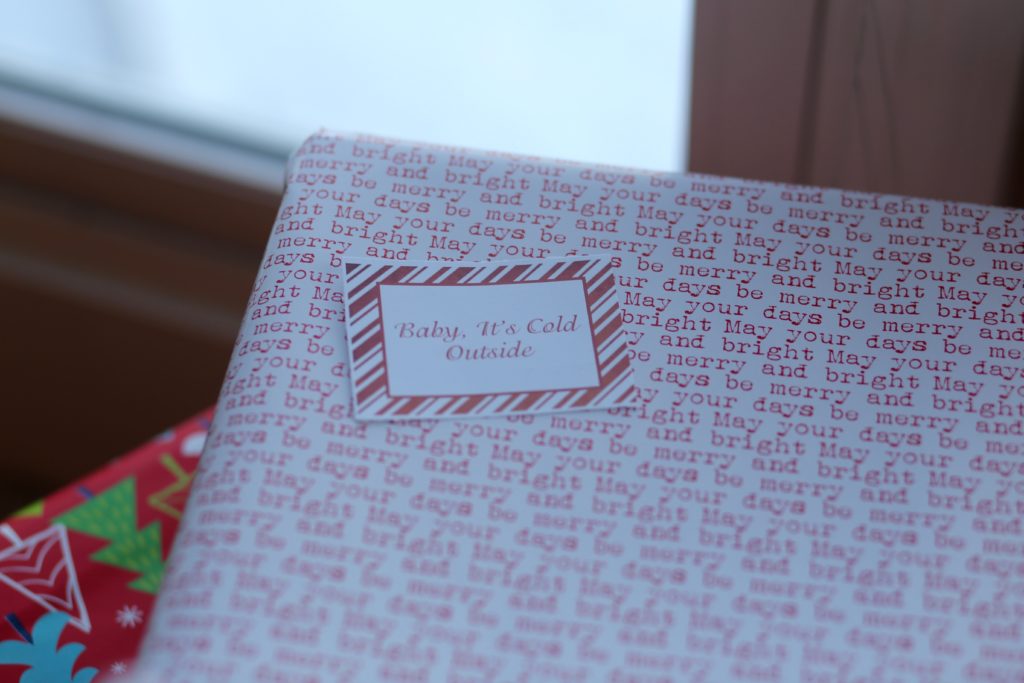 For several days, the kids had been trying to figure out my system. Did the Christmas songs indicate a certain person? Or were they a clue to the contents of the package?

On Christmas morning, they were excited to crack the code.

I started with the first gift for the youngest child and began drawing the name of the Christmas carol that labelled her gift. She had to guess the Christmas song, then locate the package with that tag. 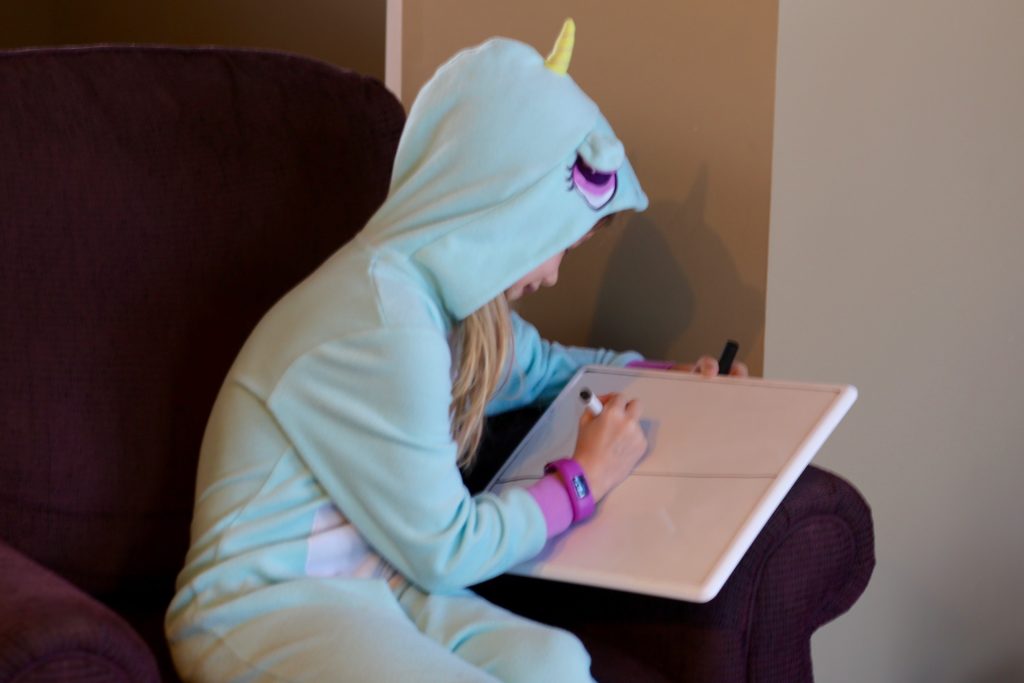 Once she had opened hers, I whispered the clue for the next person, and she got to draw… just like Pictionary. We continued, with each gift recipient then becoming the artist. 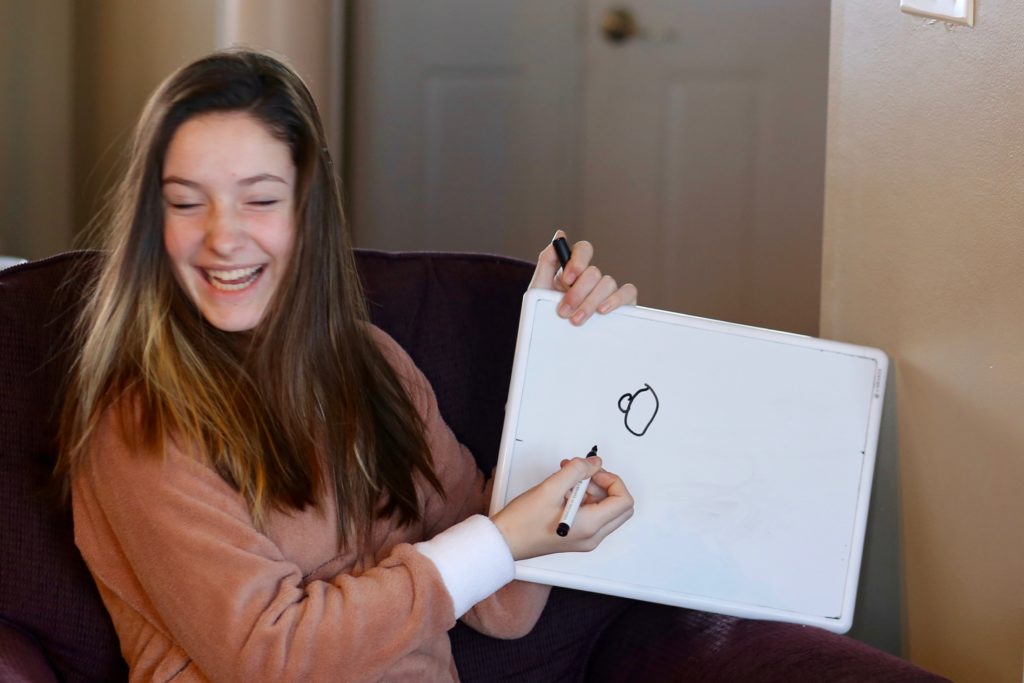 “I so glad you did this!” our oldest son chimed in. “Usually, we open the gifts so fast, and then it’s over. This makes it really fun!” 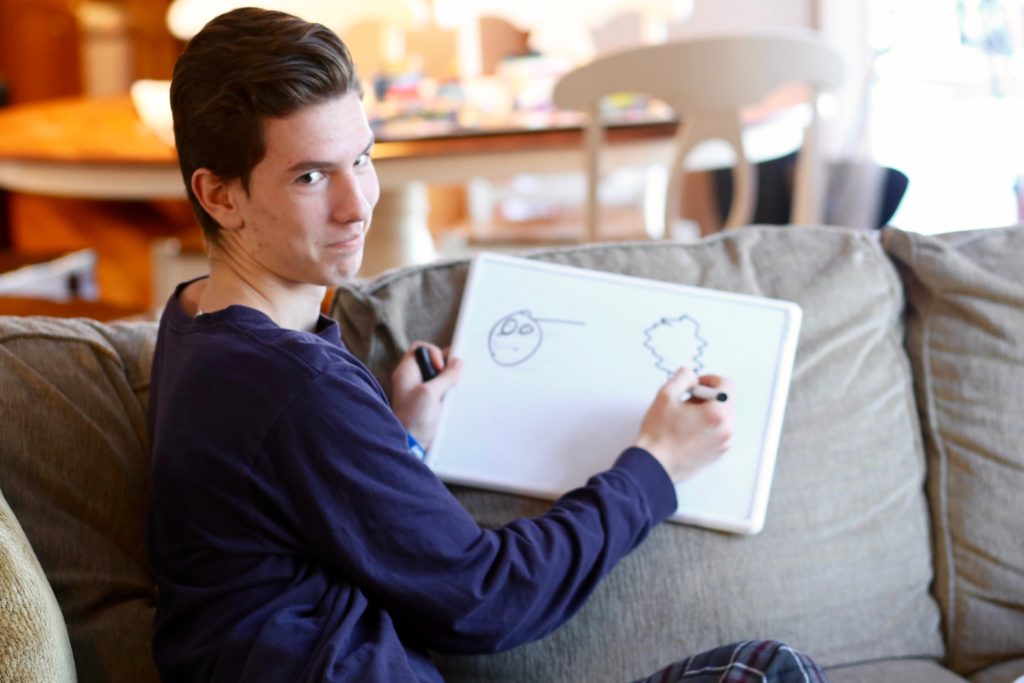 We ended up having tons of laughs as each person drew clues like, “it’s beginning to LOOK a lot like Christmas” … 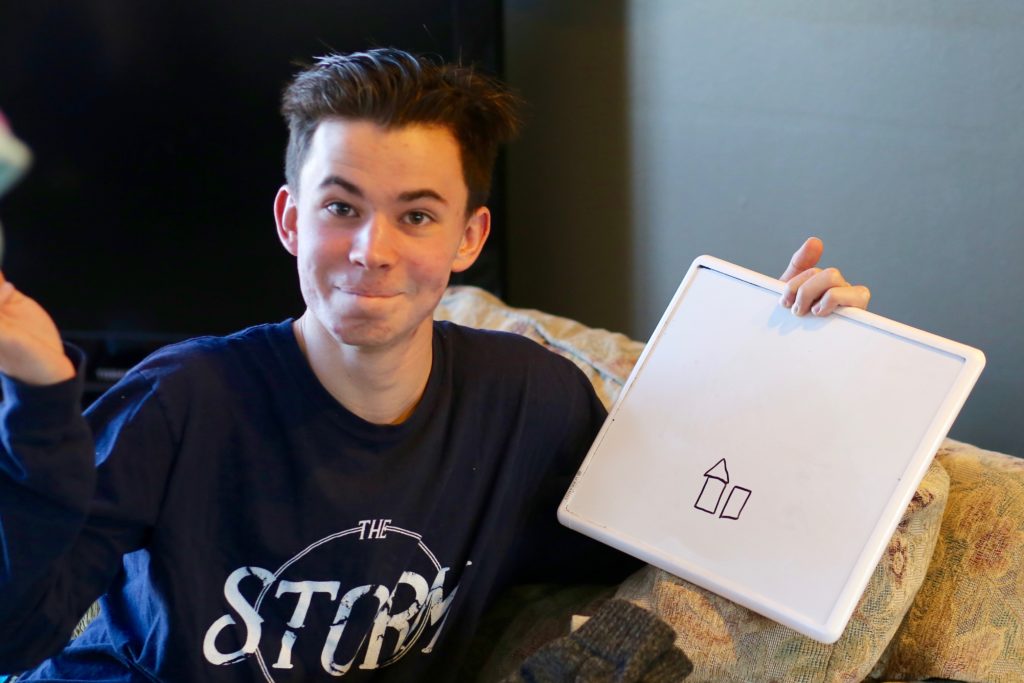 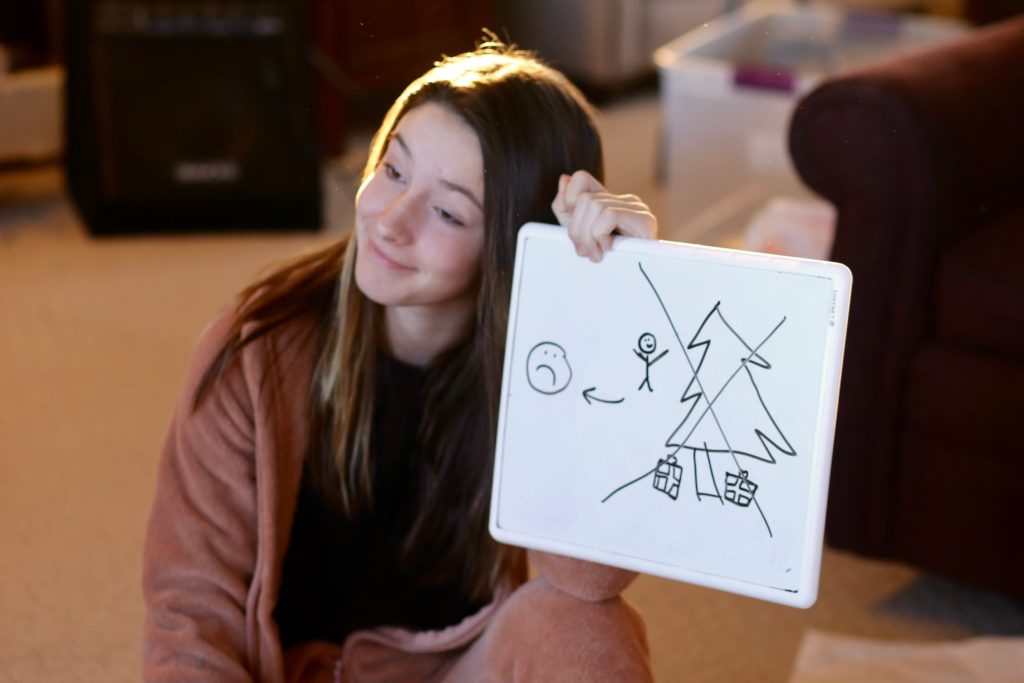 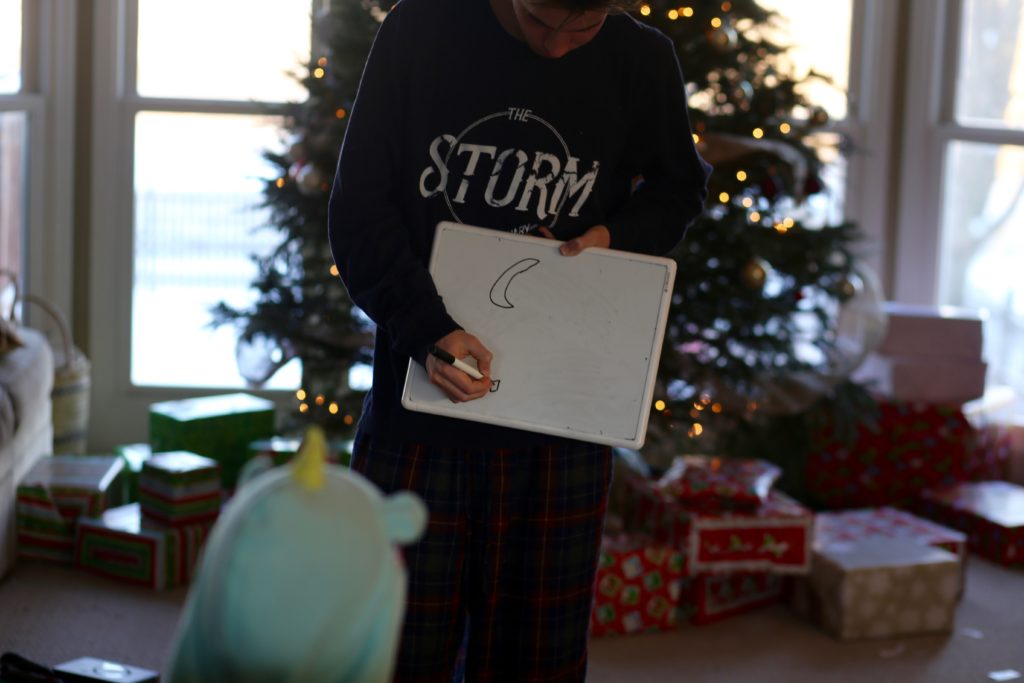 I love thinking of a new secret code every year to label the gifts. But I’m not sure I’ll be able to top this one!

**
What about you? Have you ever done anything unusual with your Christmas labels? Leave me a comment and let me know!