Tucked in between Thanksgiving and Christmas and the last of our four children’s fall birthdays, it always seems that Jayda’s birthday sneaks up on me. While the other kids have been having birthday parties since they were 1, I haven’t managed to put together a birthday party for her YET!… Until this year. 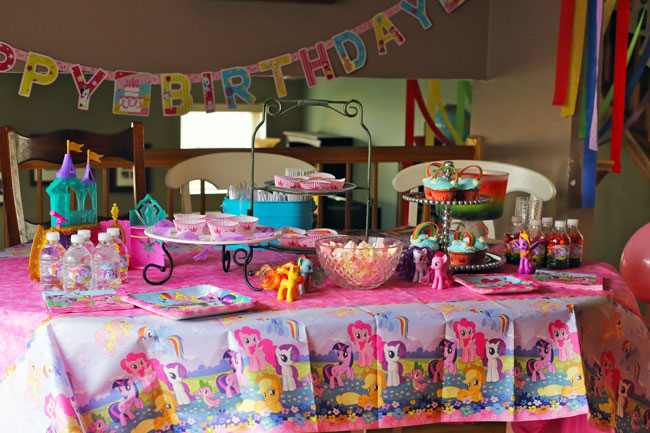 Less than a week before her Dec. 1 birthday, I e-mailed a few friends to see if their daughters would be free to come over for a birthday playdate. Jayda has a really sweet collection of friends and if I had had my act together, I probably would have planned something for more guests. But in the end, it was really nice to have four little girls come over to celebrate My Little Pony style. 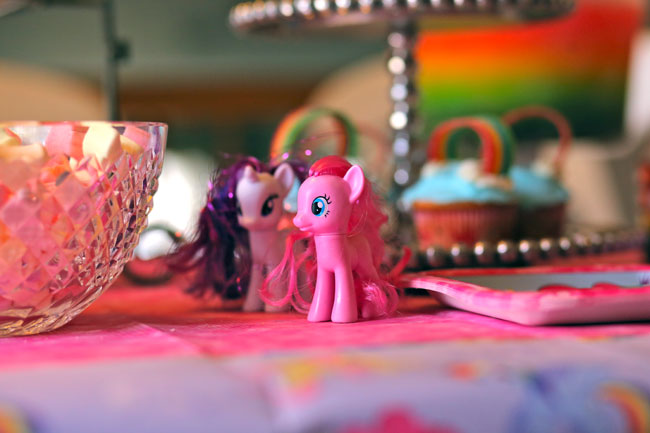 I had a blast decorating in rainbows, a la Rainbow Dash. I have never really been a fan of My Little Pony, but I will admit that after buying her presents and decorating in all things pony, I agree that my 4-year-old’s passion is adorable. 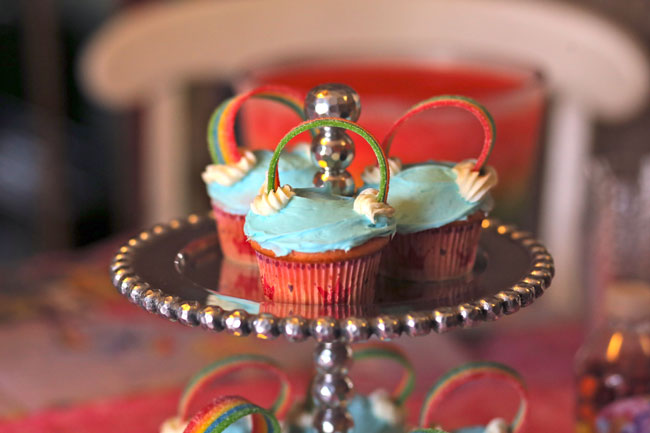 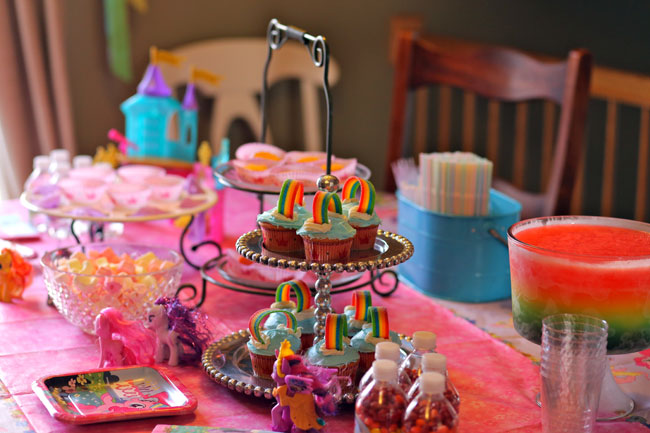 For the cake, I used Air Head Extremes to create rainbows on cupcakes. 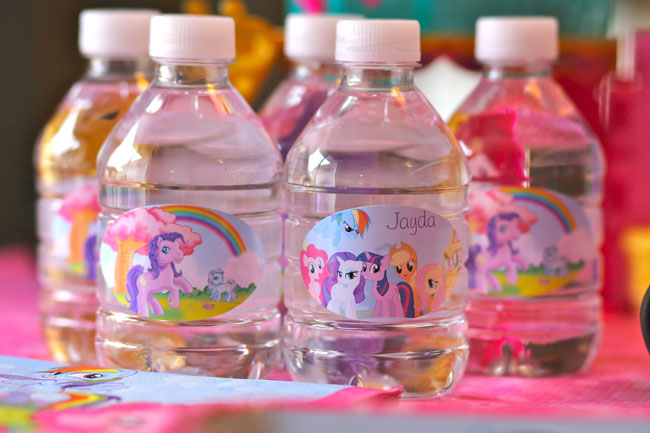 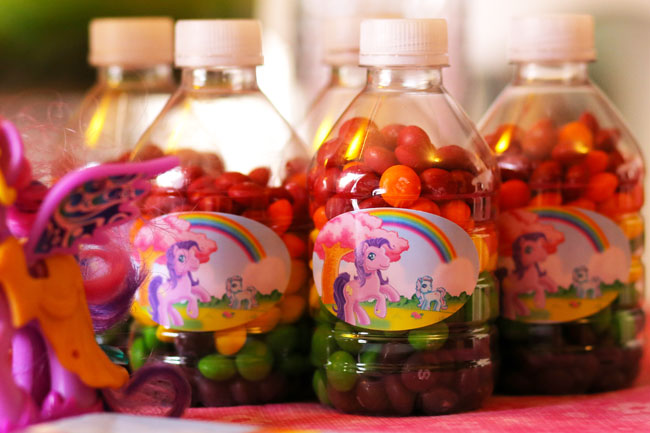 I grabbed some My Little Pony images from the Internet to create labels for the water bottles. We emptied out more water bottles and created a rainbow of Skittles for one of the party favors. 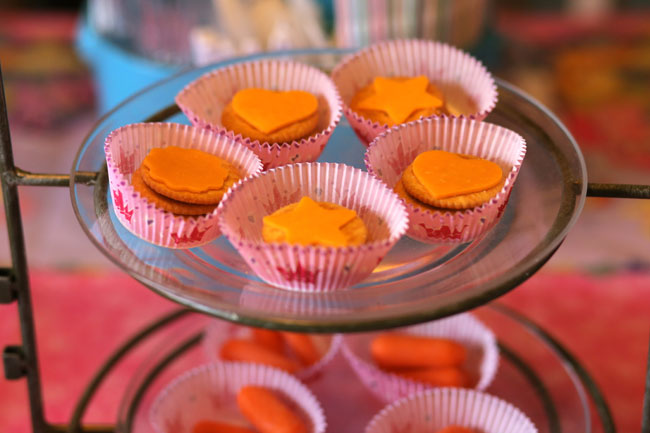 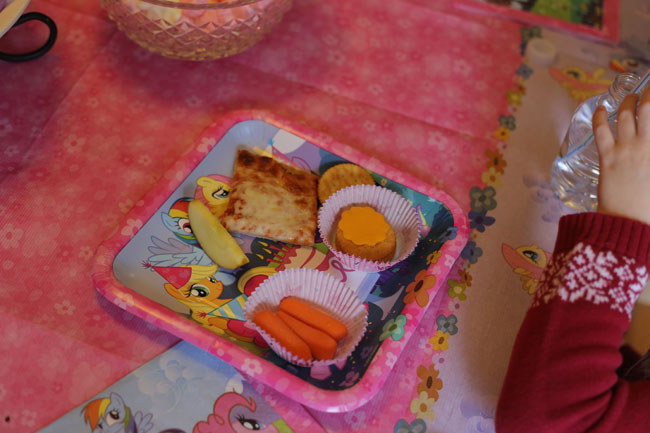 The food included pizza, crackers and cheese cut in cute shapes, carrots, apples and marshmallows that I found in cute, colorful shapes. 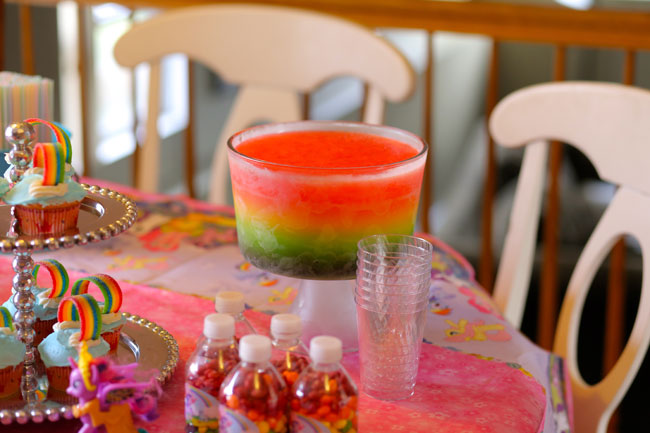 The girls went home on a sugar high after the “drink” I served with the cupcakes. I cut open freeze pops and poured them in a bowl one color at a time to create a rainbow freeze. (Just make sure to allow each layer to freeze completely before pouring in the next color.) 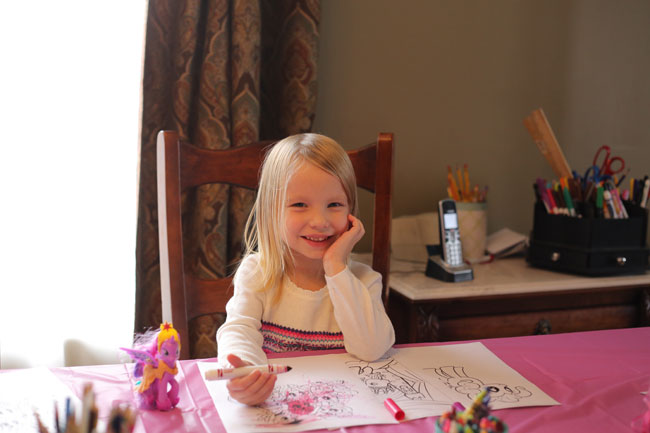 We had a few planned activities, such as My Little Pony coloring sheets, temporary tattoos, and this Rainbow Dash game that I created throughout the house. 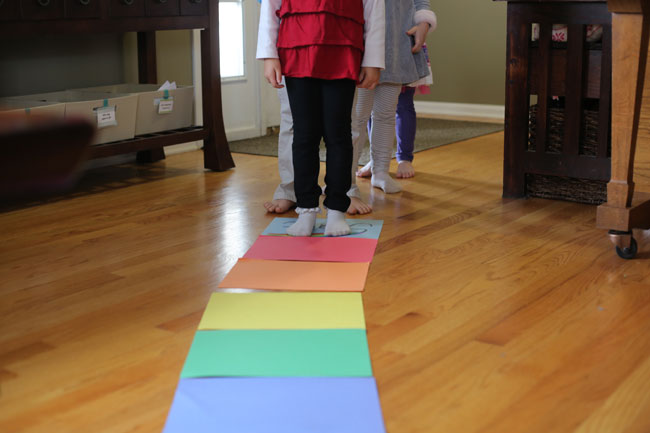 The game could not have been any simpler. The girls threw a large die that I had from another game. Each side was a different color. Whatever color it landed on is the square they had to go to. If they passed over a pink square, they had to shout out, “Happy Birthday, Jayda.” 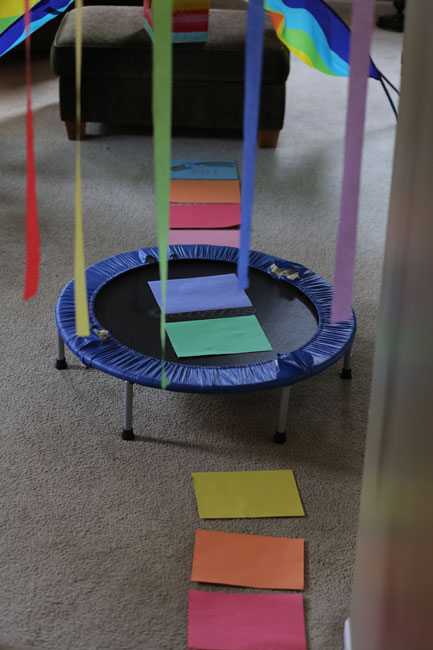 At the end of the path, they came to a box wrapped in rainbow paper with prizes inside. Each child got to reach in and grab a My Little Pony figure. (They sell these in mystery bags, sort of like Lego mini figures so you don’t know which one you are getting.) 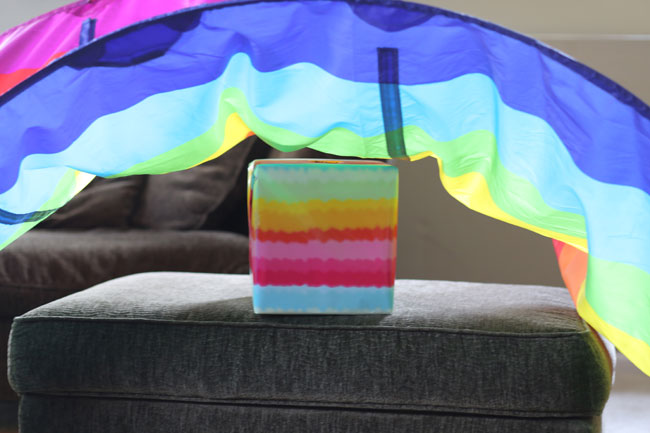 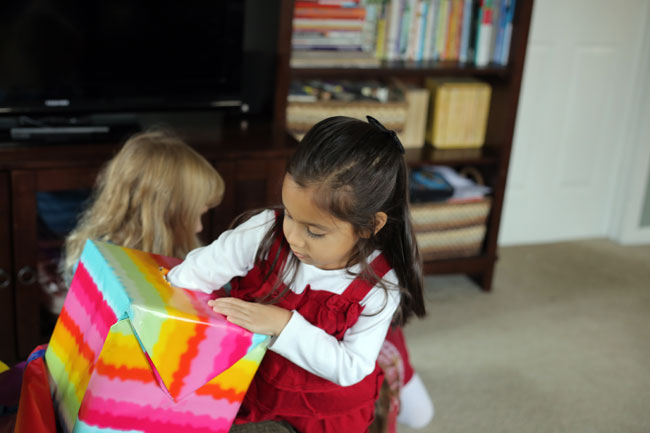 The girls were hilarious during this game! I thought they might get bored because it was so simple, but halfway through, one little girl announced , “This game is REALLY hard!” 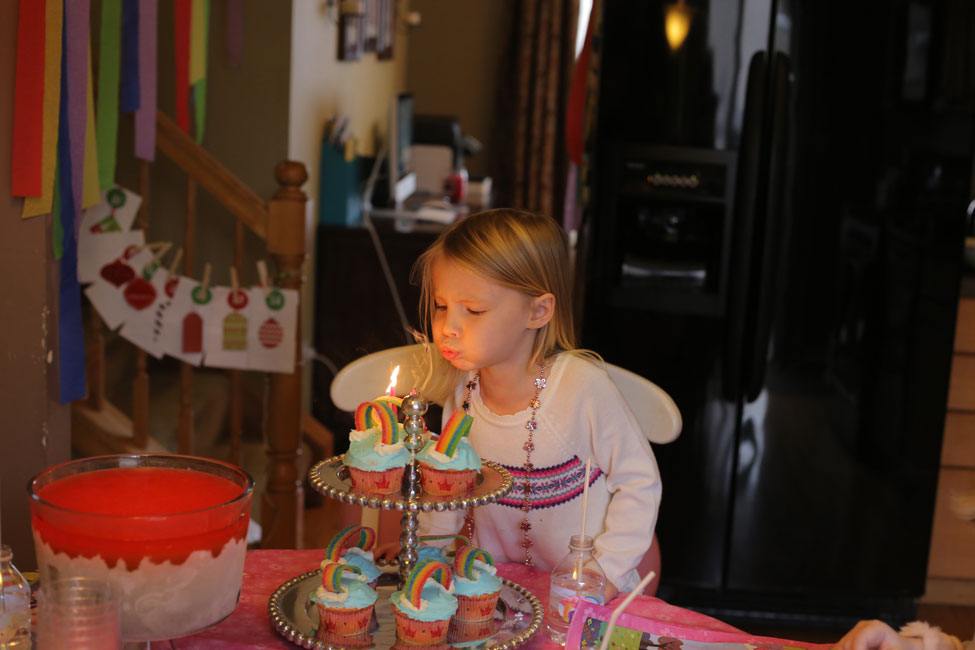 The party was super fun both for the girls and for me! Happy birthday, sweetheart!