There have been several days this year that we have gotten up for school and looked outside to see the pouring rain.

“Of course, not!” I reply. “They don’t cancel school because of rain!”

He always walks away indignant. After home schooling the past three years, I guess it seems odd to ask someone to go out in bad weather just to attend school! “They can’t possibly expect us to go to school in this rain!” he always says.

Well, on Thursday, I had to eat my words. When I woke up the kids at 7 a.m., the sky was pitch black. It had already been raining for about 24 hours, and the rain was pouring down in sheets. I turned on my phone to search for any messages. I couldn’t find any news that school was delayed.

“They can’t possibly expect us to go to school in this rain!” I thought.

The main streets heading north in our town always flood during a heavy downpour. This rain was beyond anything I had seen in a while. I called the school at 7:30 and left a message that we would get there when we could. But we wouldn’t be on time.

A few minutes later, we got the message. School was indeed closed. Because of rain!

Our house and neighborhood have weathered the storm without anything more than some standing puddles in the lawn. But neighboring communities have been hard hit by the flooding. It’s been surreal to look at the photos on the news and think that THIS news story is about the area where WE live!

Around Noon, the rain finally stopped for a few hours, and I told the kids it was time to investigate. We drove around town, taking photos of some of the more heavily flooded areas. Everywhere we went, people were out walking around after being trapped inside by so much water. It was nearly 70 degrees, so people were out in short-sleeved shirts, just roaming around to see ponds and lakes in areas that had been yards and parks just a day earlier.

Here are some photos of the scene in our town.

The pond near the local elementary school has overtaken a large grassy field typically used for sports: 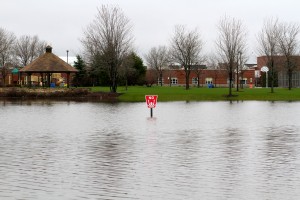 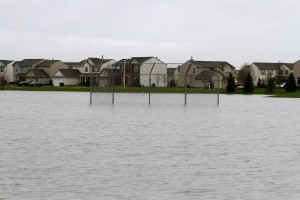 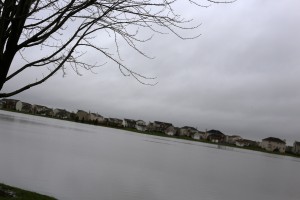 The water was touching the bottom of the bridge: 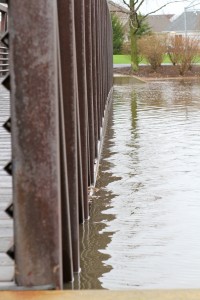 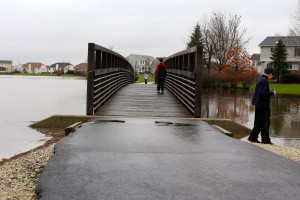 The soccer field is now a lake: 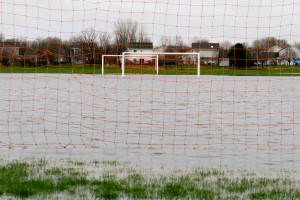 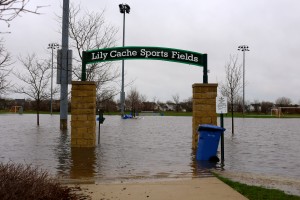 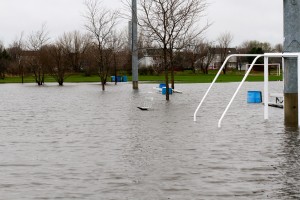 We could go for a swim at the baseball fields: 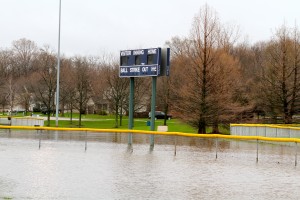 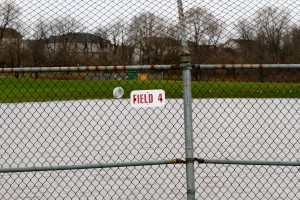 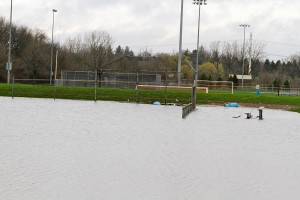 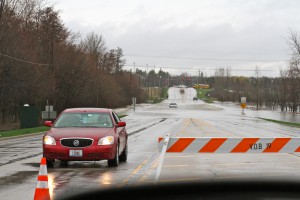 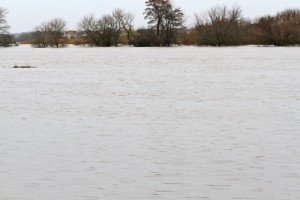 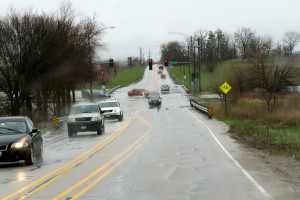 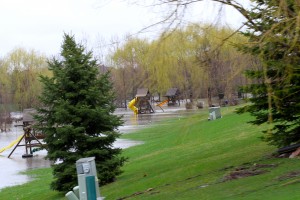 Well, school is cancelled for a second day today, and we are hoping the waters will start to recede. But guess what?